Incorrect ID? New info to be added, taxonomic revisions and any kind of changes to the data we currently hold in here please!
Post Reply
5 posts • Page 1 of 1

I would suggest to try to find out from where those other Hypostomus originated. I'm quite convinced that all populations outside the Guyanas & Venezuela (Essequibo) do not belong to this species.

@Karsten All pictures above taken by me are of fishes collected in the northern llanos of Venezuela in either Guarico or Cojedes State.
-Shane
"My journey is at an end and the tale is told. The reader who has followed so faithfully and so far, they have the right to ask, what do I bring back? It can be summed up in three words. Concentrate upon Uganda."
Winston Churchill, My African Journey
Top

thanks !
Unfortunately in Weber et al. 2012 the distribution is not defined very precisely, but Venezuela is not listed in Eschmeyer's catalogue but Colombia/Orinoco basin whereas in Weber er al. 2012 they wrote Essequibo:

In the Guianas, Hypostomus plecostomus is found in the coastal region from the Oyapock River basin to the Essequibo River basin (Fig. 11). The species inhabits the lower part of rivers still under tide influence, characterized by a quiet flowing water and muddy substrate, and swamps.

We also found them in rivers and tributaries outside the tide influence in Suriname but always downstream the first mentionable rapids.

Furthermore they write about Hypostomus brasiliensis (species with unclear status) this:


However, Valenciennes in Cuvier and Valenciennes (1840) explicitly based its description on... specimens of twelve to fifteen inches, collected by the late M. Plée in the Maracaïbo Lagoon) thus on specimens collected in Maracaïbo Lake in Western Venezuela. These specimens, housed in MNHN, are the syntypes of Plecostomus brasiliensis Bleeker, 1862.

Therefore I would suggest to rather not use your pictures for H. plecostomus species page but put them on a separate one as Hypostomus sp. "Northern Llanos" or similar.

also maximum length needs a correction, afaik it is rather in the range of 25 cm (SL) which is the largest size mentioned in Weber et al. 2012 (based on 158 specimen) and also corresponds to my experience from Suriname.
Since a few years I keep two of them in a 500l tank and those have only reached a bit more than 20 cm SL.

Most likely the 50 cm was based on erroneous synonyms.

If you need one more for the data base: 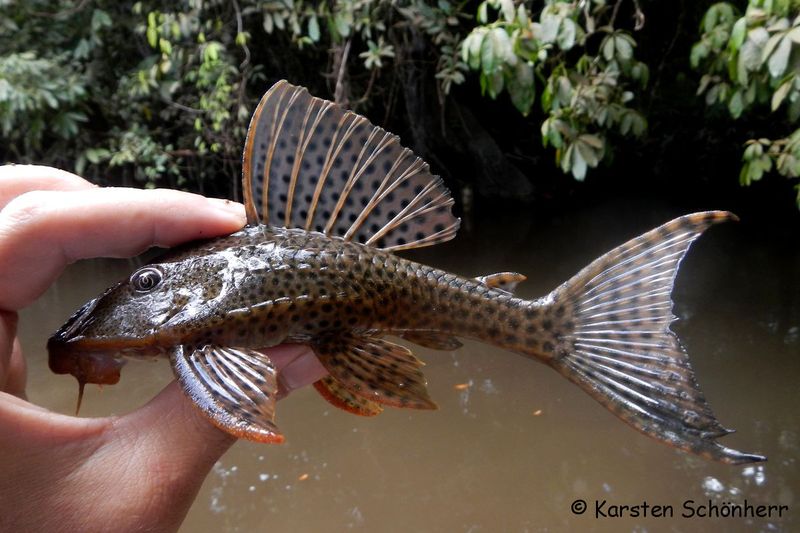 Good afternoon, I'm completely new here. Can you tell me which brands of aquarium will be most comfortable for 3 small fish? I don't want to take a small one. And I want it to be of high quality
Top
Post Reply
5 posts • Page 1 of 1