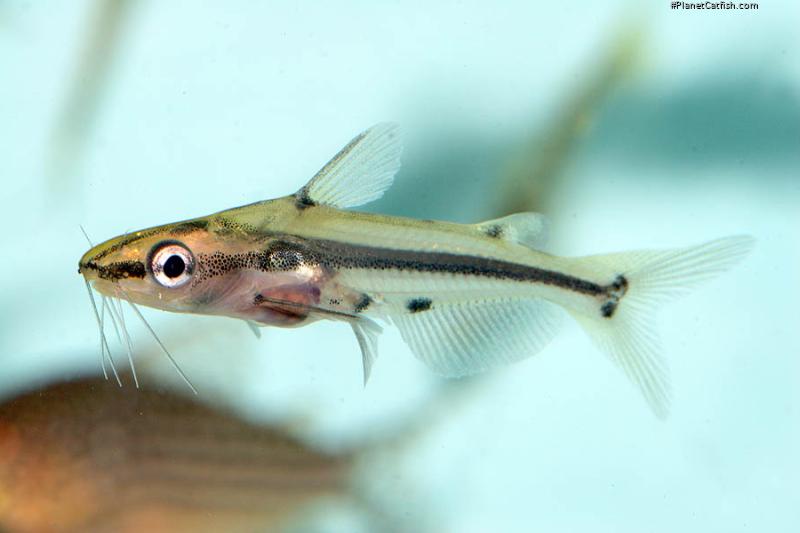 A common lament of mine is that Asian catfishes are often under-appreciated as aquarium fish, none more so than the diminutive beauty that is the subject of this month's article: the shadow catfish, Hyalobagrus flavus.

These pretty little catfishes began to appear in the aquarium sometime in the 1980s, although the species was thought to be the one described in 1904 by the German ichthyologist Georg Duncker as Pelteobagrus ornatus. Duncker placed the species in the genus Pelteobagrus, the members of whom are otherwise known only from East Asia, on the account of the number of branched anal-fin rays (14-15, whereas other Southeast Asian bagrids have only 7-9). However, the similarity between Hyalobagrus and Pelteobagrus ends with the number of anal-fin rays, as the two genera are otherwise wholly different in terms of appearance (Hyalobagrus is small, with a transparent body; Pelteobagrus is medium sized to large, with an opaque body) and behavior (Hyalobagrus is a schooling fish, whereas Pelteobagrus, like most other bagrids, are territorial loners). In recognition of these (and other) distinct differences, Maurice Kottelat and I decided to place these small, transparent bagrids in their own genus, Hyalobagrus, in 1998. In the course of our studies, we discovered that there were three species of Hyalobagrus: H. ornatus from the Malay Peninsula, H. flavus from Sumatra and Borneo, and H. leiacanthus from Borneo. Only H. flavus is known to be exported for the aquarium trade. The three species are easily distinguished by body shape, coloration and the degree of serrations on the front edge of the pectoral spine (see drawings below).

Enough of the science bit. The shadow catfish makes an ideal community fish, as they are a peaceful, shoaling diurnal catfish that stays small. Since they are not fussy eaters and will take frozen, live and prepared food with equal gusto, this makes keeping them all the more easier. Although gravid females (with large bluish green ova clearly visible) are regularly encountered, no known aquarium spawnings have taken place. The spawning trigger remains unknown, although one would suspect that water chemistry/parameter changes associated with simulating a rainy season would do the trick.

The shadow catfish inhabits brown water habitats that are closely associated with blackwater peat swamps, so they tend to do better in tannin-stained water with a low pH (5-6). Keeping them in water conditions close to their natural habitat also tends to bring out the beautiful golden hue that has given this species its name (they always lose the golden yellow color when kept in conditions of higher pH). In the wild, they occur in large shoals, sometimes mixed with other species of shoaling catfish such as Pseudeutropius brachypopterus and P. moolengurghae. In their natural habitat, they are almost always found closely associated with submerged vegetation (e.g. among submerged grasses; see photo below), so make sure that your tank is heavily planted for them to feel at ease. 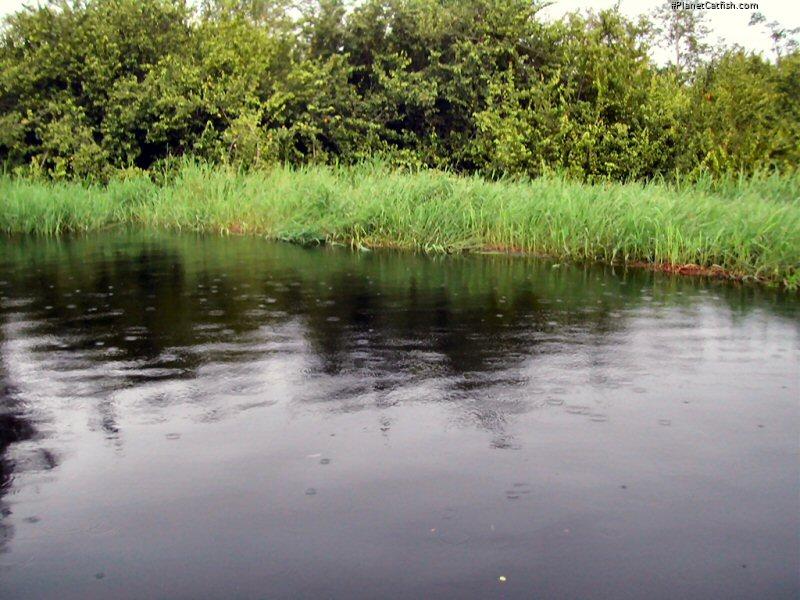 I will end the article on a somber note to illustrate the impacts of human disturbance on fishes and their habitats. I first visited the type locality of H. flavus in July 1997 (which was a brown water lake of a reasonable size), and it was still possible to catch hundreds of Hyalobagrus with a single scoop of the net. Six years later, I was told that the species was no longer found in the lake, and commercial aquarium fish collectors had moved elsewhere to collect the fish. Apparently, someone had cut a canal into the lake dumping factory effluent and this had wiped out most of the local fish fauna. A sad and silent ending to a population of pretty little catfishes that no one else except scientists and aquarists took much of an interest in.