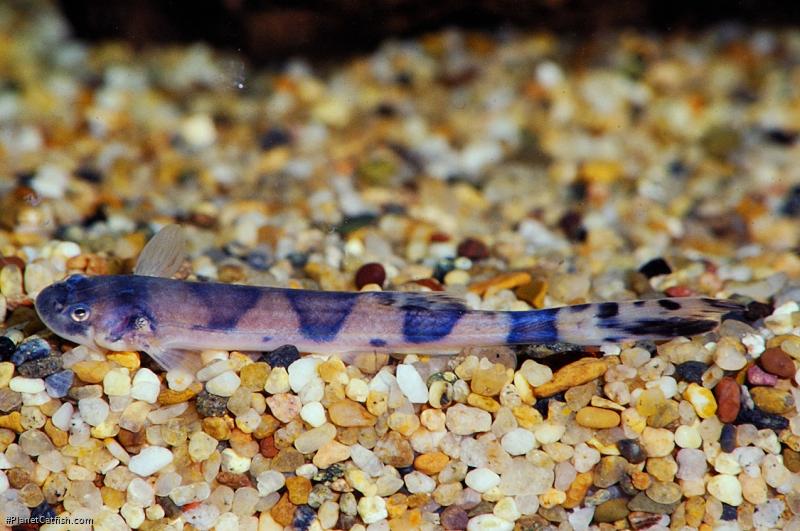 Sitting here in central Scotland at the beginning of February, one finds it hard to remember that only a couple of weeks ago I was lurching around in the muddy waters of the great Amazon River. However, by the end of this first paragraph the memories are flooding back and I find myself idly scratching recently healed mosquito bites.

The thing about fish collecting is that you're never really sure what you're going to get. You can only plan to be prepared; you cannot plan on what the catch will reveal. Nothing is a distinct possibility - many net or seine pulls come up with zero result. The encouraging yet simultaneously nagging thought that your luck might change on the next pull is the exact same thought that a gambler in financial free fall has about their chances on the next hand of cards.

Sometimes you strike gold or, to continue the analogy, hold all the aces. If this happens once or twice in a collecting trip you're doing well. Those that enter into such adventures with a clear view of what would constitute, for them, their own personal winning hand are likely to be disappointed. It is a lucky player indeed who not only wins a hand but does so with the exact cards they had wished for.

And so it was with the collecting trip in which we encountered this month's featured catfish. We were in the part of the Amazon bordered by Brazil, Colombia and Peru and grandly called our adventures, "Expedicion Tres Fronteras". Most of the expedition's aces were cichlids, and lovely fish they were too; dazzling angelfish, beautiful pikes, coloured-up festives and lovely severums, Satanoperca and Apistogramma were among the highlights. For all that though, we're catfish nuts, and so, perhaps, the trump card was a weird catfish we hadn't seen imported before. Actually, it turned out to be more of a joker than an ace.

A selection of some of the nicer cichlids encountered. While the catfish hardcore may balk at their inclusion here, they're all superb specimens and the irony that at least some of them are likely sustenance for this month's featured species should not be overlooked.

We encountered this species twice, both times in the main Amazon channel. Initially we stopped to sample an area in the middle of the river where the water was only knee deep and appeared to have recently inundated a muddy sand bar as some terrestrial grasses still poked out of the lukewarm water.

Trichomycterids get a bad press and, more often than not, this isn't quite accurate. That said, any time I've pulled one out of the net, you can see any aquarists in the vicinity shift around uneasily once the identify of the fish in the net is ascertained. In the case of P. nemurus the respect shown is at least partially deserved and so this first parasitic cat was taken to the photo tank post haste. A few days later we collected another two, again in the main channel and in similar light vegetation, but this time by one of the banks.

It is likely that anyone collecting fish in these areas (where common aquarium fish such as pictus cats can be found) will catch these parasitic fish. So why do we rarely, if ever, see them exported? Well, there are several likely reasons.

The first is that the fish appears to like significant water current and, while hardy, may have more of a dissolved oxygen requirement than other commonly exported species. Second is diet. In our field observations, this fish didn't overtly attack others (to our knowledge), but the highly adapted mouth didn't look like it was used for algae rasping. That it bites, grazes or eats scales from other fishes is not going to make it a very popular (and thus saleable) fish. Thirdly is handling; this is a very difficult fish to handle, its eel like body, spines and potential housing difficulties with other species make it distinctly unattractive to all but the most enterprising collector. Oh, and one ability really took us by surprise - it can climb up wet vertical surfaces for a good few inches!

While this wasn't the most spectacular, unusual, or pretty catfish we found it was certainly up there amongst the most interesting. I am certain that there is a market for these specialist fish (such as that which exists for the various species of Piranha) and that if this fish appeared as a regular export it would build up a loyal if specialist following. They do appear to be active during the day and, as you can see from the pictures are not unattractive.