Did you know fantastic help is an anagram of Planet Catfish? This forum is for those of you with pictures of your catfish who are looking for help identifying them. There are many here to help and a firm ID is the first step towards keeping your catfish in the best conditions.
Post Reply
5 posts • Page 1 of 1

A long time ago I bought some interesting looking cories at a local auction. They were labelled as C126. I was going through the tank, pulling some plecos out, and remembered about these guys. I look at pictures here of C126, and mine do not look at all that. Browsing more pictures, I found C. leucomelas to be a bit similar to mine. Any other ideas? 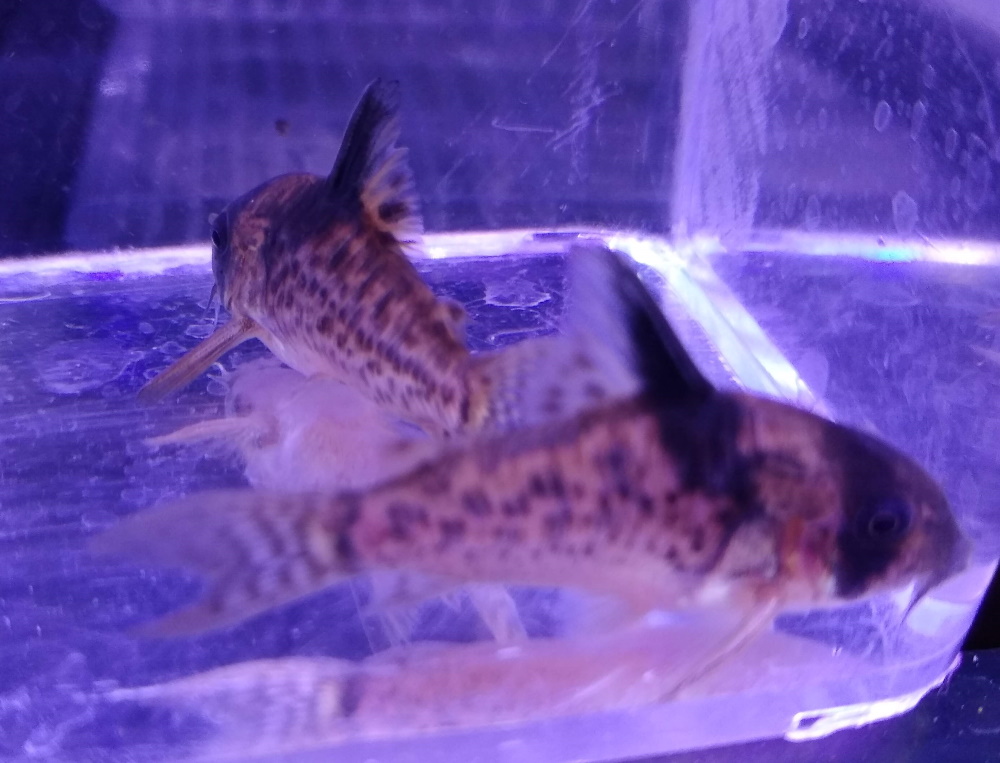 Your fish definitely bear some resemblance to Corydoras leucomelas, but I'm puzzled by the marking on the dorsal fins. The photos not great, but in the picture it appears the black mark extends like a distinct black bolt up the anterior edge of the fin (by the dorsal spine, and just behind). The mark goes all the way, or nearly so, to the top of the dorsal, and does not extend far back onto the fin's membrane.

By contrast, typical C. leucomelas has a black spot which is more of a blotch on the dorsal, not extending very high, but spread out from anterior to posterior, covering much of the lower half of the dorsal fin (covering about 25%-50% of the total fin area with black).

Also on your fish, the dorsal fin black bolt appears to extend anterio-ventrally onto the body, still as a "bolt"-like shape. By contrast, in typical C. leucomelas, the black from the fin extends onto the body like a large black diamond (almost rectangular or triangular below the dorsal). 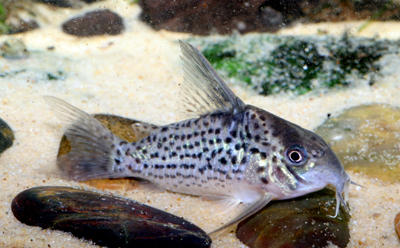 I'm probably mistaken, and your fish probably is C. leucomelas, only because it is such a common import, but from your one photo, the ID doesn't look right to me.

as already correctly stated C 126 can be completely excluded, this number is a member of the elegans group.
C. leucomelas is close but usually has a broader dark blotch. Also C 151 does not fit IMHO.
I would rather suggest C 154 which can also be found in the trade quite often.
However, this colour pattern is very common in northern South America, you can find similar Corydoras in (nearly) every river system there and they are close to impossible to tell apart. I guess no one can say how many (undescribed) species we have there...

They look like CW115 to me.
See my catfish images at
http://www.scotcat.com/thedarkone/thedarkone.htm
Top

yes, Steve is probably right. This should be CW115.
However, I'm surprised to see those in an auction, were there any commercial imports or has someone bred them ?