Did you know fantastic help is an anagram of Planet Catfish? This forum is for those of you with pictures of your catfish who are looking for help identifying them. There are many here to help and a firm ID is the first step towards keeping your catfish in the best conditions.
Post Reply
10 posts • Page 1 of 1

I have saved a trio of Pseudohemiodon from a petshop some months ago. I have already got one Pseudohemiodon sp chameleon from Peru. The 3 pseudo were sold under the name Pseudohemiodon aff apithanos Chameleon Peru. With the stress, i dont really look their pattern because they were all black.
But after some days, i see that they dont look like my other Pseudohemiodon.
I wonder if it's not Pseudohemiodon sp. Marbled ?

The old one that i have 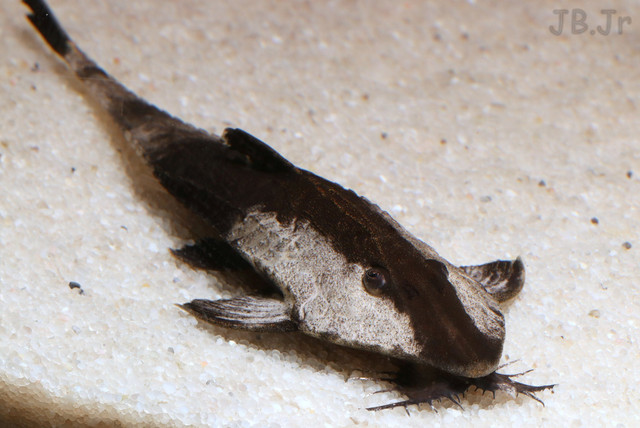 Can you help me ?
Top

The second fish looks like it could be Pseudohemiodon sp`marbled` to me, hopefully someone with a bit more experience dealing with these fish can confirm!

Thank you for your answer !

I spoke with the importer, in fact there was an error in the labeling of this fish for export. A priori they would come from Caqueta in Colombia. So rather apithanos ...

I'd agree they don't look like apithanos I have, or have seen offered for sale.

Caqueta isn't far from the border with Peru, so it's possible the fish may have traveled from Peru to an exporter there, or that their range extends over the border further upstream or up a tributary into Columbia.

I'm not too familiar with the details of fish collecting or exporting, but I wouldn't rule out that a fish may have been caught a few hundred miles from where it's officially exported from. Hopefully, someone with more experience of Pseudohemiodon can weigh in, but I'd agree, that they don't look like apithanos, unless they are younger and skinny, but even then, the markings don't look quite right to me.
Top

https://www.loricariidae.info/pseudohemiodon-apithanos
"My journey is at an end and the tale is told. The reader who has followed so faithfully and so far, they have the right to ask, what do I bring back? It can be summed up in three words. Concentrate upon Uganda."
Winston Churchill, My African Journey
Top

Looks like we will need to update the entry for P. apithanos. We also need to add P. unillano and sort it out in the cat-elog.

-Shane
"My journey is at an end and the tale is told. The reader who has followed so faithfully and so far, they have the right to ask, what do I bring back? It can be summed up in three words. Concentrate upon Uganda."
Winston Churchill, My African Journey
Top

Looks like the catelog was updated a year or few ago - is there something I missed? Might be worth laying out what we have on the site now to assist:

I am by no means (beyond the one I keep) very familiar with Pseudohemiodon, but think I'm getting more confused!

These do seem to be very variable, the, I assume, Pseudohemiodon apithanos I have has always looked exactly like image 10 on the Cat-eLog page, the second picture in this thread has the nose stripe which none of the P. apithanos images in the Cat-eLog have, nor none of the small number I have seen in person, the same for the pattern, in the second picture the pattern seems to be more broken, irregular dots, rather than the longer squiggles I have seen on P. apithanos.

If it's down to the variability of the species that's cool, the second picture didn't seem to neatly fit into P. apithanos to me.

Thanks Shane and Jools for helping out with the ID!
Top

I'm sorry, indeed the new Pseudohemiodon are not in great condition ... I got them very thin and deformed in the pet store ... I bought them very expensive just not to let them there ...

Just to compare, I have a friend who sinned and picked up Pseudohemiodon from Caqueta in Colombia 2 years ago. Here are the specimens brought back, they don't have the same design known to the apithanos of Venezuela (cf Glaser). They brought back 'normal' and orange patterns. Even a blind fish that is doing very well but is still dark.
This pattern looks more like mine (small dots instead of lines) obviously in better conditions. 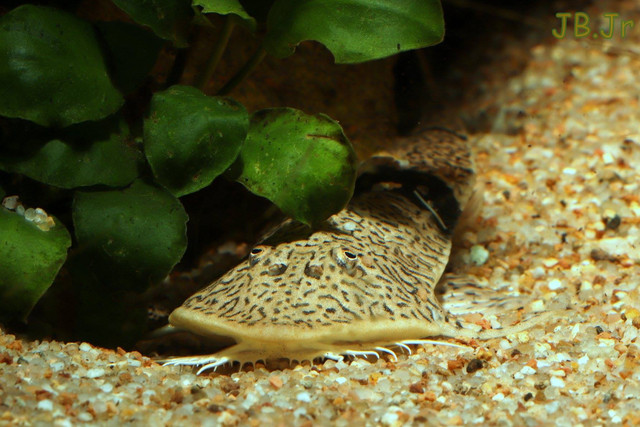 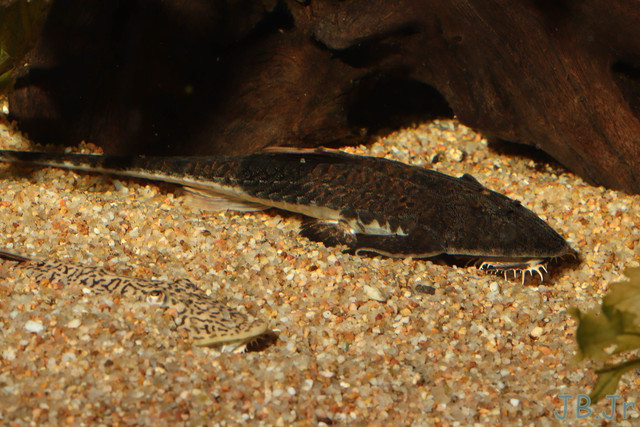 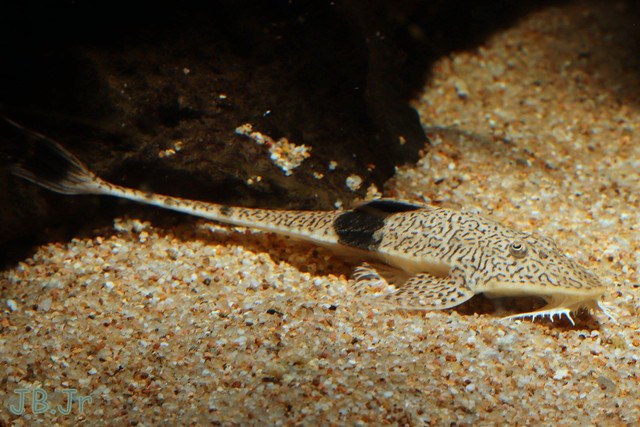 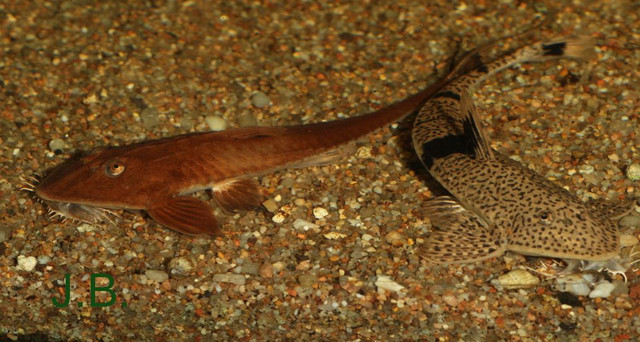 I'm sorry, indeed the new Pseudohemiodon are not in great condition ... I got them very thin and deformed in the pet store ... I bought them very expensive just not to let them there ...

Thanks for the additional information, it seems I was confused by not having seen a recently imported P. apithanos before!

Good luck getting them settled.

I'm still a bit thrown by the stripe on the nose not seen that before on P. apithanos!
Top
Post Reply
10 posts • Page 1 of 1