All posts regarding the care and breeding of these catfishes from South America.
Post Reply
2 posts • Page 1 of 1

[FEEDBACK : ATYPICAL MEDICAL CASE : OUTGROWTH SCALES]
I would like to present an atypical medical case, on corydoras, found on a Spanish forum, which I was confronted with
Symptoms: the corydoras spins on itself. I had initially thought of 2 solutions.

1 / a neurological problem, which can be amplified by metal toxicity.
2 / Myxobolus cerebralis disease

Except that, by stopping on the video, and zooming in, I noticed a huge abnormality that deserved that I show you this medical atypical case: a huge outgrowth from the gills to the pelvic fin. This outgrowth/protusion encompasses up to the root of the pelvic fin. Scales literally grew on it ! This outgrowth of scales seems to seriously disturb the swimming of the corydoras, but also its breathing. He is breathing rapidly. It would be reasonable to think that this outgrowth takes its roots, from or in the gills.

The compression or pressure, on the muscles of the pelvic fin, of this outgrowth would seem to cause reflex movements on this corydoras (it turns).

I deduce, at this stage of the investigation, 2 possibilities:
1 / a genetic malformation
2 / an old wound, the healing of which was anarchic

My corydoras (for comparison) 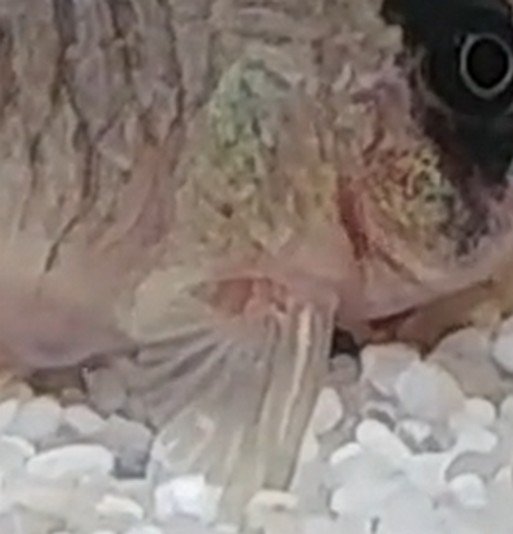 My corydoras (for comparison) 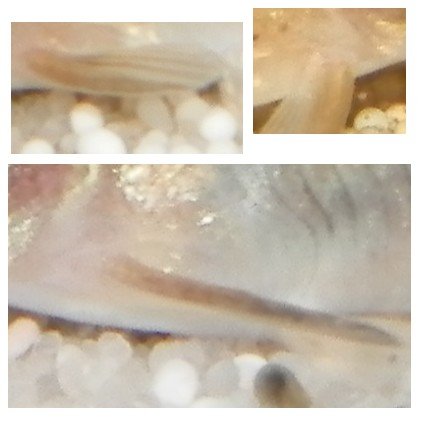 The root of the fin is "trapped" in this enormous outgrowth. Scales are on the roots, and squarely, above the fin on 2-4mm.
It is a plate of scales over the root of the fin. This corydoras cannot set its fin horizontally.
Top

The plate of armor you circled is normal in corydoras.

Can see it on these ones of mine too, including a panda.