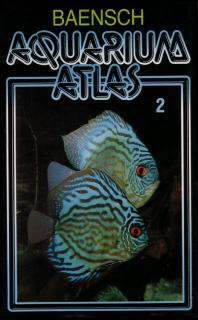 In contrast to the first book which can be considered a complete book for the aquarist, this volume details in the same format species of less commonly encountered plants and fish without repeating (or improving on) any of the general information set forth by the first volume. There are around 150 plants and over 700 fish. In between is a small section giving more detail on fish anatomy than was offered in the ichthyology section of the first volume.

Catfishes are given excellent coverage, more so than the first book. There is some logic to this as a lot of catfish species fall into the "see them for sale every now and again" category of uncommonly imported fish. Again the book is excellently indexed. Its more expensive than the first and it has no general fishkeeping information, but that was all in the first book and you wouldn't by the 2nd volume before the 1st anyhow. A book for the catfish keeper that has started eyeing up those unusual imports, requires more than just pictures of them, specifically information on their husbandry from a reliable source.