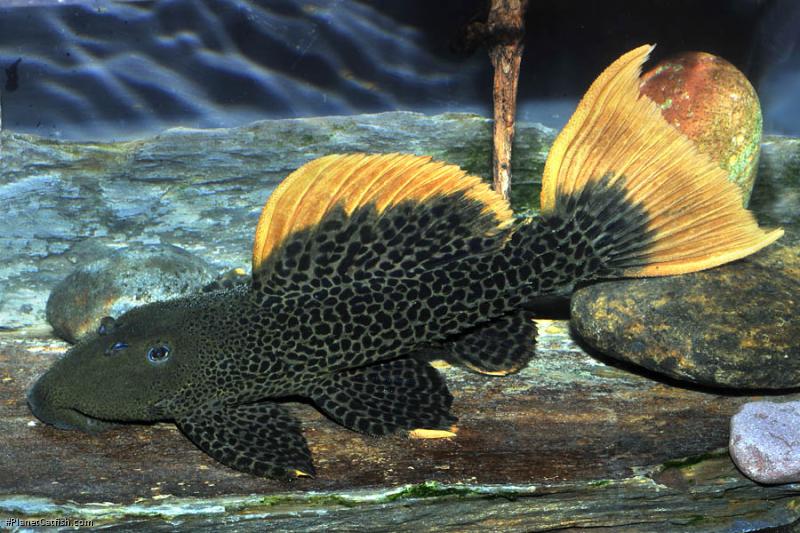 I came to writing this article because a friend from Melbourne asked me to bring him clarity on his new pleco. They are known across groups as "Leopard-Kaktuswelse" in German, or "leopard cactus plecos" in English. Numerous L and LDA numbers as well as trade names have been assigned to these catfishes, sometimes leading to confusion in naming. In the meantime, all forms of the leopardus- complex could be successfully bred and there are numerous publications about the care, therefore this article shall exclusively deal with the naming and delimitation of the so well-known and popular catfishes. This is, then, a journey to discover the real story behind the leopard cactus plecos.

If one wants to get a good overview, it is necessary to deal also with the distribution range of the presented forms and to consider the resulting difficulties in the correct assignment of supposedly undescribed forms to an existing taxon and to consider the aspect of geographical variability.

The Rupununi River, from which Pseudacanthicus leopardus was described, flows in southwestern Guyana and is one of the largest tributaries of the Essequibo River, which flows into the Atlantic Ocean to the north. The Rupununi has its origin in the Kanuku Mountains, after which it runs through a savannah landscape that is flooded by the Pirara Creek during the rainy season. This flooding creates a connection to the Rio Takutu and thus also to the basin of the Rio Amazonas in Brazil, which lies to the south. The Rio Takutu, together with the Rio Uraricoera, forms the Rio Branco, which in turn runs semi-parallel to the Rio Demini in a southerly direction until both join the Rio Negro. The mouths of the Rio Branco and Rio Demini into the Rio Negro are only about 100 km apart. Some 200 km in the west of Rio Branco one can find the Rio Jatapu, a tributary of Rio Uatuma, eventually ending up in the Amazon. 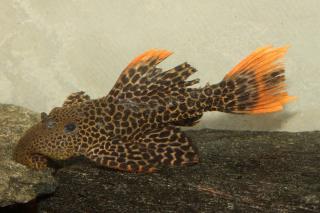 Pseudacanthicus leopardus (Fowler, 1914)
The type locality of this species is the Rupununi River in Guyana, but it also occurs in the Rio Takutu and Rio Branco, where most of the specimens in commerce originate. P. leopardus shows the namesake pattern of brown spots on the entire body, and at least the half of all fins near the body. On the head the spots are clearly smaller, become finer with increasing age and can sometimes merge completely into the basic coloration. The ground coloration varies in its brown colouration and can appear both light brown and slightly greenish. Caudal and dorsal fins are fringed with orange-red whereas the pectorals, ventrals, and sometimes the anal fins show a narrow orange-red fringe in at least some specimens. The body is relatively flat compared to other Pseudacanthicus. 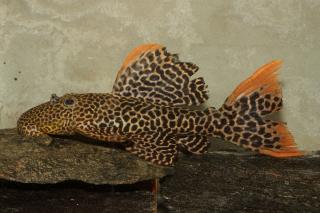 Pseudacanthicus sp. L114
Introduced in DATZ magazine October 1992 and based on a juvenile from the Rio Negro, Rainer Stawiskowski assigned the code number L 114 to this cactus pleco. Later it was shown that the catfish came from the Rio Negro catchment area, namely the Rio Demini. Stawikowski pointed out the similarity to P. leopardus and assigned the L-Number because of the different origin. He also mentioned the possible first offspring of L 114, which was already published by Axelrod in 1962 and after this cactus pleco was first imported into the USA in 1961. L 114 differs visually from P. leopardus by a coarser dot pattern on the head, the rather brownish than greenish base colouration and the somewhat higher and thus more compact overall body shape. The red in the fins is usually less intense but can vary. This factor is influenced by food and water parameters. L 114 = Pseudacanthicus cf. leopardus 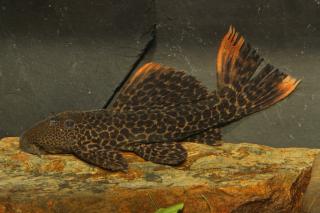 Pseudacanthicus sp. L427
Presented in DATZ 11/2009. Ingo Seidel assigned this L-Number to a leopard cactus pleco from the Rio Jatapu. In the juvenile to semi-adult stage L427 strongly resembles L114 but becomes increasingly darker and from 12-15 cm is almost uniformly black in colour. Excluded from the dark colouration are only the red fin parts and the ventral surface. Only after the presentation in the DATZ L427 could be imported and observed in the aquarium. Thereby it turned out that the change to black colouration is slower and less acute than was the case with the animals observed in nature. Specimens maintained in the aquarium usually do not take on the intense black colouration observed in specimens immediately after capture. L427 differs from P. leopardus like L114 by the coarser head pattern, the higher body profile and additionally the darker colouration. L427 = Pseudacanthicus cf. leopardus.

Pseudacanthicus sp. "L600"
"L600" is not an official L-number and was never assigned by DATZ. The designation originates from the Asian hobby scene, around 2003, and is purely a commercial designation. L600 = Pseudacanthicus leopardus.

Pseudacanthicus sp. LDA007
Introduced in Das Aquarium 11/1992. The original photo of the publication shows the form, which was introduced one month before in DATZ 10/1992 as L 114. As L 114, LDA007 was also presented from the Rio Demini. To be able to market the real P. leopardus better, the code number LDA007 was later transferred to it by the trade, and the originally intended assignment became a minor matter. Still when LDA073 was assigned, LDA007 was described as identical to L114 (Schraml, 2002), but unfortunately, due to its establishment in the trade, the above error is deliberately adopted in Aqualog News No. 9 and thus LDA007 is presented on page 23 as P. leopardus from Rio Rupununi, including a picture of P. leopardus. LDA007 = originally Pseudacanthicus cf. leopardus L114. LDA007 = known as Pseudacanthicus leopardus.

Pseudacanthicus sp. LDA073
Introduced in Das Aquarium 08/2002. The form was exported via Manaus, that it originates from the Rio Negro inflow is therefore almost certain and the Rio Demini is not unlikely as its origin. The reason given for a new LDA number was especially the lighter ground colouration than in L114 and the coarser spots on the head than in P. leopardus. The picture presented in the article shows the form which was already known as L114 and LDA007, but a very nice specimen. Accordingly, it seems clear that LDA073 represents the same form as L 114, whereas according to Schäfer & Schraml (2021), LDA073 is identical to P. leopardus. In the trade, this LDA number is largely irrelevant, which probably does no harm given the ambiguity surrounding it. LDA073 = originally probably Pseudacanthicus cf. leopardus "L114", however mostly known as Pseudacanthicus leopardus. 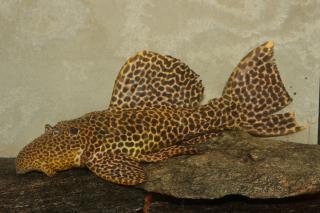 Pseudacanthicus sp. "L 114 - brown"
Never presented as a new L-Number and only rarely available is a form of L114 which shows almost no red colouration in the fins. It's colourtaion is strongly reminscent of Megalancistrus parananus but is surely a Pseudacanthicus and belongs to the form L 114. Even the juveniles of this form show little to no red coloration in the fins but are otherwise identical to L114. To my knowledge, no breeding of these animals has been achieved, so it is unclear whether at least some of the offspring would have a red portion in the fins.

Thanks to Markus Kaluza for some help with the literature cited and to Ole Paulsen for inviting Markus and I over to photograph his fish.