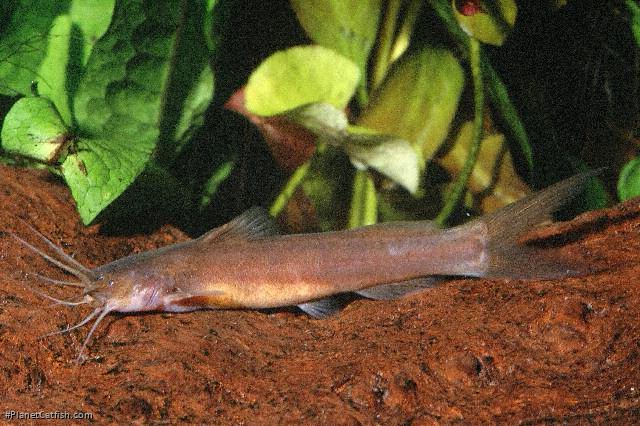 Putting fingers to keyboard for the third time, "our man in India", Balaji Vijaykrishnan extols the virtues of the torrent catfish, Amblyceps mangois. One of several species of Amblyceps that he has encountered in the wild and successfully maintained in the home aquarium.

Before I sit down to write a CotM article, I usually browse through the existing ones to choose the most ‘ignored’ genera to finalise. While I am usually not surprised, this time I actually was as there was no article for a species that would rate among the most common exports from India, Amblyceps mangois. Google defines the colour brown as ‘a colour produced by mixing red, yellow, and blue, as of dark wood or rich soil’. I don’t care too much for the other colours but copious amounts of red and brown are among my favourite shades in any catfish, especially if it is native to India. 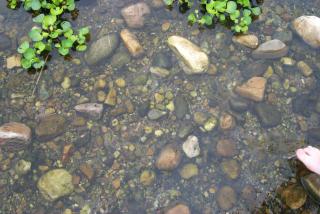 Fishes of the genus Amblyceps are small-bodied, elongate catfishes, found in fast moving streams and rivers of Southeast Asia, Pakistan, and India. This genus presently contains 17 described species out of which eight are found in India. Three species presently enter the trade from India, A. mangois, A. cerinum and A. laticeps with A. mangois being the most ubiquitous export. Amblyceps mangois can easily be differentiated from the other two species by the presence of deeply forked caudal fin while A. cerinum have a truncate caudal and A. laticeps, an emarginate caudal. Originally described from the Ganges Drainage, this species is considered to have a very wide distribution in India, Nepal and Bangladesh with records as far south as the Krishna River in India. A few pictures I received of the Krishna ‘A.mangois’ seem to point towards an undescribed species rather than A. mangois. Specimens for the trade are primarily collected from the Raidak River, a tributary of the Brahmaputra in West Bengal.

Amblyceps mangois is among the easiest hillstream catfish when it comes to care. While the ingredients for care; good flow, lots of pebbles, live food and cool water with good DO may sound familiar to anyone who keeps hill stream fish, A. mangois is one of those species which can do without most of these conditions. However, to really enjoy these fish, it is definitely recommended to maintain all of the above; especially cover in the form of pebbles and or cobbles. My A.mangois were maintained in a 36x18x12" ‘hill-stream tank’ along with A. cerinum, A. laticeps, a few Glyptotorax spp., Garra annandalei, Oreichthys crenuchoides and Danio meghalayensis. There never was any sign of aggression towards tank mates. In fact, the most active I have seen them was after food was drooped when their frantic dash around the tank starts. Feeding was relatively easy as this species takes to processed feed right from day one. I used to feed Hikari (Massivore and Carnivore) pellets, ANS Sting Ray Feed, Tetra Bits, Scampi Feed and blood worms and nothing was usually left over.

Specimens of between 2-3 inches TL are usually found in the trade and with good care, they can easily reach around 5 inches TL. Amblyceps can be collected from heaps of cobbles by kick seining. While I haven’t collected this particular species, I have had good success collecting A. tenuispinis by this particular method with over forty specimens collected in about fifteen minutes of kick seining. They were always collected in large groups instead of just one or two specimens which makes me wonder if they are actually gregarious.

I realise these ‘scamps’ of the aquarium hobby would find homes only with the most ardent Asian catfish fans but I would suggest anyone with an interest in Asian fish in general to give these a shot.