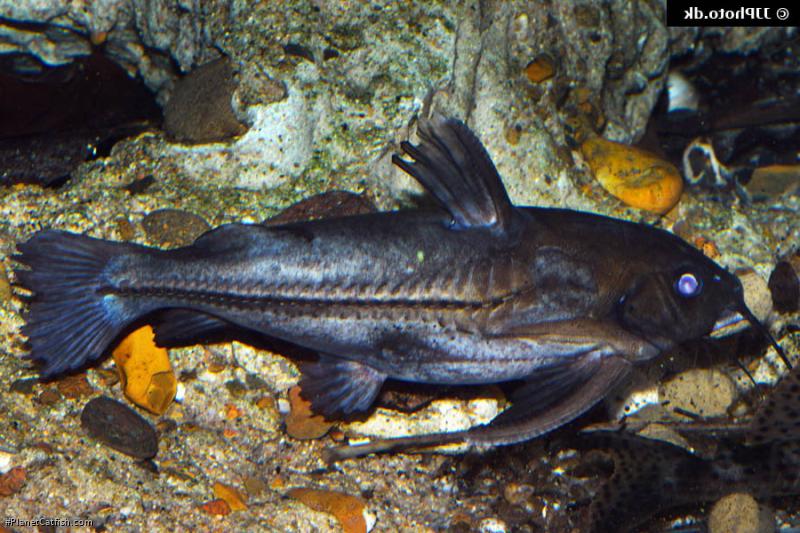 Many fishkeepers will have gone through that phase in their knowledge development where more and more scientific names are learned. Those learning all about catfish will pick up the name Platydoras costatus. For many of us, this was an easy to say, know and identify species. It's that talking cat with clear black and white stripes that, in allusion to the hard boiled sweet, is called a Humbug catfish.

Humbug? Well it is a Christmas CotM, and it is also humbug in the Dickensian sense – deception or false talk! Not that this was purposeful, but just that this is one of those names we've used for decades in the hobby that was associated with a commonly seen import. However, as it turns out, isn't factually correct. This goes back to the mid 1970's when, at least to English readers, Emmens and Axelrod published this name against the black and white fish we know so well in their hugely successful small book on catfishes. Today the commonly available black and white fish is known as Platydoras armatulus.

What about P. costatus? Well, it turns out its charm is in its rarity. To find this fish you will need to look in the very infrequent exports from Guyana. It's not a boring fish to look at, it has a dark brown base colour with beige stripe and contrasting black barbels. The sharp eyed would do well to look thoroughly at imports of Acanthodoras spinosissimus just in case one or two Platydoras have snuck in there. In terms of care in the aquarium, this will be a simple fish to feed and while it would typically eat a night, all Platydoras will eat with the lights on especially if food is offered at the same time and place.

I'd personally love to see a few imports of this fish; it would give something new and we really don't know much about this group of fishes in terms of their reproductive habits. One thing is for sure, these fishes live for a long time, two or three decades if well looked after. It may be difficult to obtain, but such a long living fish would be a star in any collection for a very long time indeed.