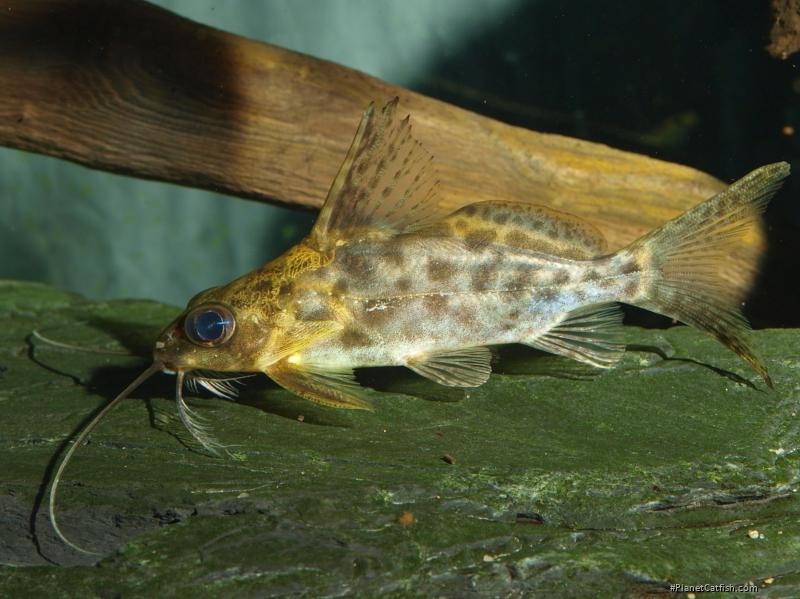 "Albert" was probably my favourite individual Synodontis that I have as yet kept. This is a difficult choice to make, but as a species S. alberti have a lot to offer the catfish enthusiast. The photo above is a separate individual which clearly shows this fishes unique (among Synodontis) long barbels. They also have unusually large "cute" eyes and an endeaing clownish manner. I've only ever seen S. alberti for sale sporadically since I first clapped eyes on one in 1985. On the subject of eyes, this species larger ones points to its very nocturnal existance, this is something of a shy Synodontis but, therefore, not a bad one for a more social aquarium.".