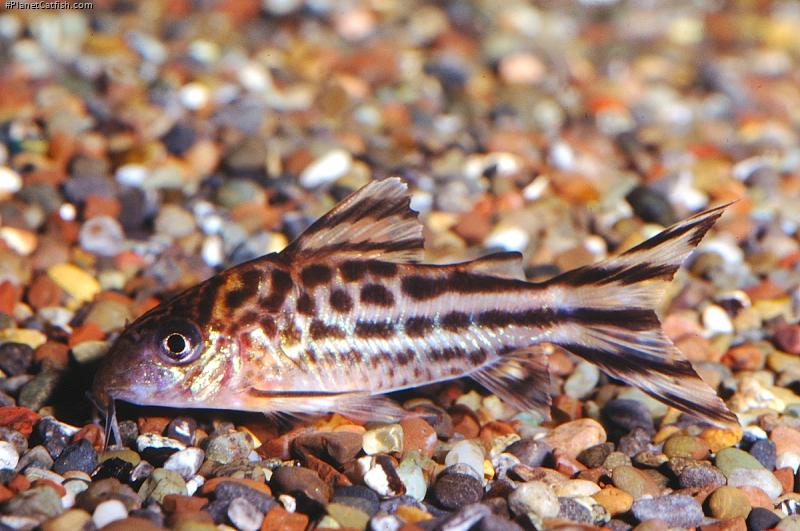 The common name of this unusually patterned species comes from Mrs Robine Schwartz, wife of the late, great Brazilian fish exporter who gave his name to C. schwartzi. Mrs Schwartz and her son Adolf (yes, as in C. adolfoi) continue to run the fish exporting business Mr Schwartz began.

The fish is relatively new to the hobby, being described in 1983. It is unusual in being the only currently known Corydoras that possesses a "flag tail". There is another callichthyid (Dianema urostriatum) that also has this striking colouration. Furthermore, both these fish have an apparently natural habit of "hovering" in the middle of the water column as opposed to the normal bottom dwelling associated with most Callichthyids.

This is not the only way this species stands out from the many species of Corydoras out there. It is exceptionally hard to breed and despite being sporadically but regularly available to those that wish to try. That said, one day, someone will do it, document it and photograph or video it for the benefit of all. Until then, we have a lovely patterened and enigmatic species to enjoy.