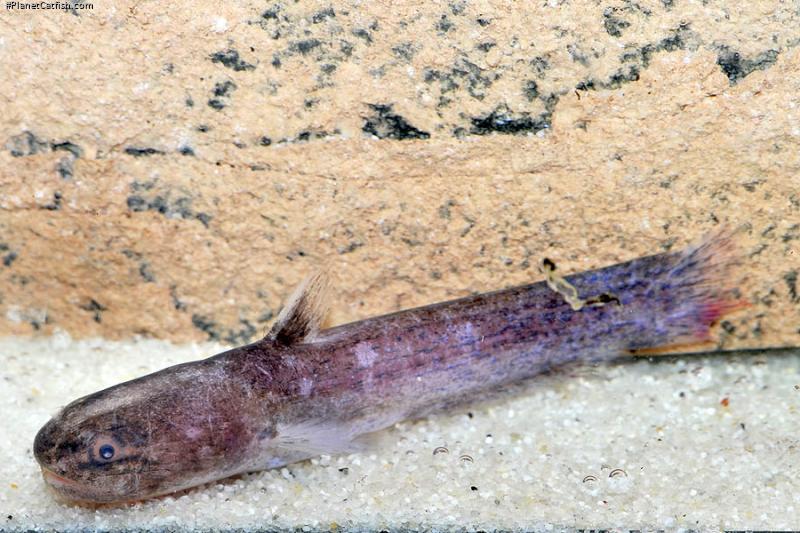 As discussed last month, and for the first time in Planet history, we have another catfish from last months' featured family - I decided it was a pretty cool thing to do as this family has been seriously overlooked to date. Introduced here is the second cetopsid catfish of the month article from CotM regular, Heok Hee Ng, who wants to set the record straight on the bad rap many species that are sold as whale catfishes "enjoy".

Most catfish enthusiasts think of cetopsids as ill-suited to a community tank, and as catfish constantly trying to take chunks out of tankmates (who can forget the image of the cetopsid-induced holey Brachyplatystoma in the Burgess Atlas?). This month's article looks at another cetopsid that dispels this stereotype and is well-behaved enough for most community tanks.

I first came across Denticetopsis seducta in 2002, having purchased a few online as Hemicetopsis sp. "red". The seller had advertised these as being smaller than the usual blue whale cats (Cetopsis coecutiens) and a lot more peaceful. Despite having reservations about the accuracy of the seller's claims, I went ahead and purchased several, figuring that reddish brown cetopsids were too interesting to pass up (all the cetopsids I had seen so far were bluish). The catfish disappeared from sight promptly upon being released into the tank (a familiar occurrence if you are into catfishes), and any lingering fear I had about their disposition evaporated over the next few weeks as the other inhabitants of the tank continued to thrive. I found D. seducta to be as shy as catfish come, spending most of their time wedged tightly in a crevice, but coming out to gorge themselves readily during feeding time (this pattern of behaviour should be familiar to anyone who has kept auchenipterids or doradids). The best part is that they are very well-suited for community tanks, and do not grow as large as most other members of the family.

While we are on the subject of cetopsids, we might as well revisit the notion that they are notorious "parasites" that will readily take chunks out of tankmates (the use of the term is a misnomer, since biting chunks out of other fishes does not constitute parasitism). Only two species (Cetopsis candiru and C. coecutiens) are known to exhibit this nasty habit (according to the recent cetopsid revision by Vari, Ferraris & de pinna); other members of the family are more typical in feeding on invertebrates). Most cetopsids are found in areas where a considerable current is present, although D. seducta can be easily kept in a tank without one.

Even though this is not a species that is spectacularly colorful (unless you like various shades of brown), a readily visible aquarium inhabitant (but seriously, most catfish aren't), nor particularly interesting in shape (looking very much like a small reddish brown sausage), I would recommend getting some when they are available (they come in as occasional imports). They may not liven up a community tank, but would certainly add an element of unusualness to it.