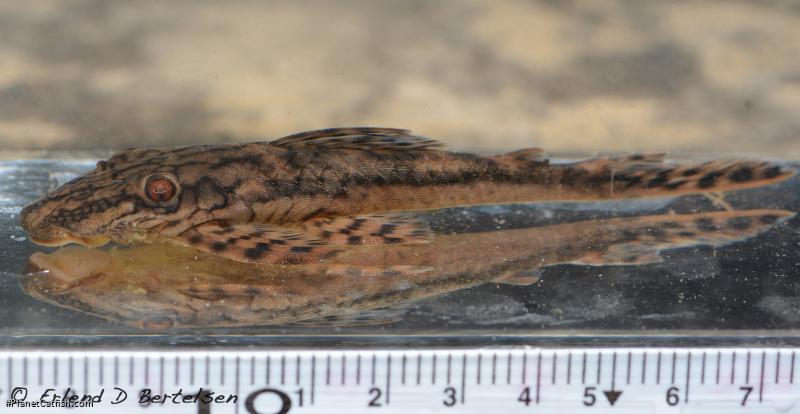 We are, again, grateful to have Erlend Bertelsen write about the latest new L-number pleco which, as Erlend explains, he found on a recent trip to South America.

Most people really don't care about Lasiancistrus spp. in general. On one side you have the easy to keep and breed genera; Ancistrus, Peckoltia, Panaqolus and Hypancistrus; on the other side you have tough and nice looking Pseudacanthicus, Leporacanthicus, Panaque and Scobinancistrus. In-between this you have some forgotten genera, which don't have that big a fan base.