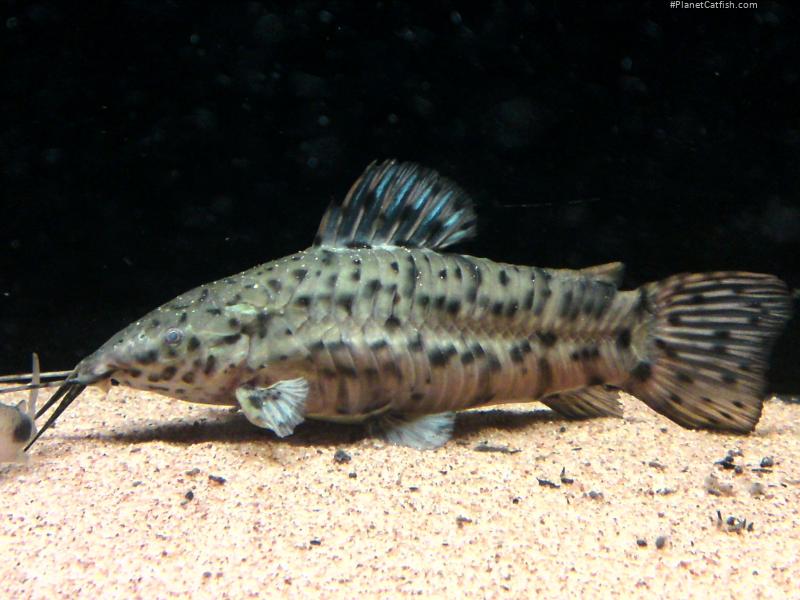 Corydoras get a lot of attention, but the family they belong to, Callichthyidae, also has a number of other genera ranging from the similar Aspidoras & Brochis to the more elongate Dianema and Megalechis. All of the Callichthyids possess the dual row of armoured plates along their flanks giving rise to the generic name of Armoured Catfish.

There are a number of new scientific names and genera arising from a revisions of Hoplosternum that will take time to become widely used. You will find these fish in most published literature under previous names; Hoplosternum (recently) or Callichthys (before the 1980s). Essentially the fish commonly known as H. thoractum is now placed in a new genus Megalechis as M. thoracata. The similar M. picta can be differentiated by a vertical black bar in the caudal fin which also has a black edge. As an aside, the other commonly available species affected by this revision is H. pectorale which is placed in a new genus of dwarf armoured cats as Lepthoplosternum pectorale. H. littorale remains as such. Irrespective of the scientific world, the common name Hoplo appears to have stuck.

One of the more active catfish that is seen during the day, Hoplos can be quite a personality in a medium sized community aquarium. In fact, their only down-side is their gregarious, boisterous nature. They are commonly bred by hobbyists and a tank of 1" long home-bred youngsters can often be found for sale. These tend to be much more competitively priced than wild-caught fish and are also more hardy. Furthermore, they're great fun at this size and a group can readily be raised together, simply and without issue as the group grows.