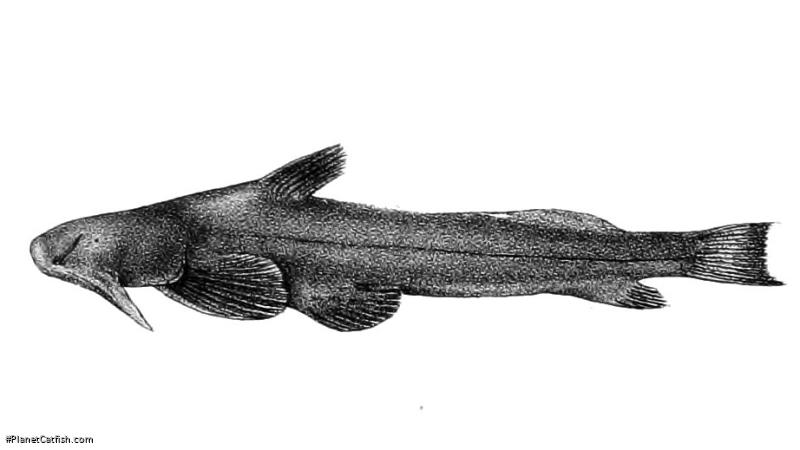 UK aquarist Pete Cottle is not known for his catfish articles; his knowledge and vast experience is more commonly focussed on Danios and Devarios. Pete runs the danios.info website and has recently published a very nice book on same. Therefore, we're very pleased indeed that he has taken the time to write, for him, on this doubly unusual subject. An unusual subject for Pete and an unusual catfish to be sure.

In January and February of 2006, I was able to visit northern India - primarily to collect members of the Danionin family. It was an extremely successful trip in that we were fortunate enough to collect two new species (one Danionin and one Badidae). One of the first places we fished was a small tributary of the Sankosh river known as the Jorai river. This first sweep of the seine net yielded what I considered to be the prize of the trip - a wild Zebra Danio. You may laugh but the colours of this wild fish were so intense and so unlike the usual farm bred fish. Also in the net was a new species of Danionella the first to be found in India. Samples of this species were subsequently caught and sent to Dr Ralf Britz who named it Danionella priapus in 2010. It was also at this place where Dario dario was first found (originally known as Badis bengalensis). We also caught Erethistes hara and Erethistes pussilus.

Fast forward several days and after an overnight stay at Kalimpong (60K from Siliguri and 50K from Darjeeling) we arrived at the tiny isolated village of Pemling. It was here that a local man supplemented his meagre earnings by fishing. I might add that this small village is 20K plus off of the main road and is along an unmade spine crunching road. The purpose of the visit was to catch the rare hill stream catfish Myersglanis blythii. As it turned out, we did not have time to walk down to the River Gees as it was about 3K each way as we still had a lot of travelling to do. Not one of the easiest fishes to catch as it lives in cool water at 16 to 18°C that is highly aerated (coming off the Himalayas) and the river bed is strewn with boulders of varying size. The only way the fish can be caught is to lift a rock from the water and see if a catfish is clinging to it. On a good day, the guys will catch just two or three. Many days they do not catch a single fish. The fish are then taken up to the village and acclimatised in a small pond for about two weeks. They are an amazing little fish in that they have the ability to ‘walk’ over any wet surface. I popped one into a small photo tank and almost immediately had to retrieve it from the table as it literally walked up the glass and away. Apart from the difficulty in catching the fish and the acclimatisation / travelling that is involved, it can only be caught during the winter. The fish must be kept cool because during the transportation the temperature rises and is usually fatal. They are then taken up to the main road and travel by bus to Siliguri and thence to Kolkata; the journey probably taking nigh on a complete day. These fish command a very high price in Japan - often upwards of US$100 per specimen. Also in the river were a couple of loaches, namely Aborichthys elongatus and Schistura savona.

Some days later we were in the area of Shillong and travelled along the road to Jowai fishing the small streams along the way. Many were highly polluted from the coal workings in the area but one small stream yielded a new species of Dario. This too was subsequently collected and is also with Dr Britz. Live examples of this new species were also distributed to interested aquarists and this new species is now available in Europe.

We saw some other catfishes during our travels including street vendors selling Wallago atu at around three feet. What an awesome set of teeth these guys have!