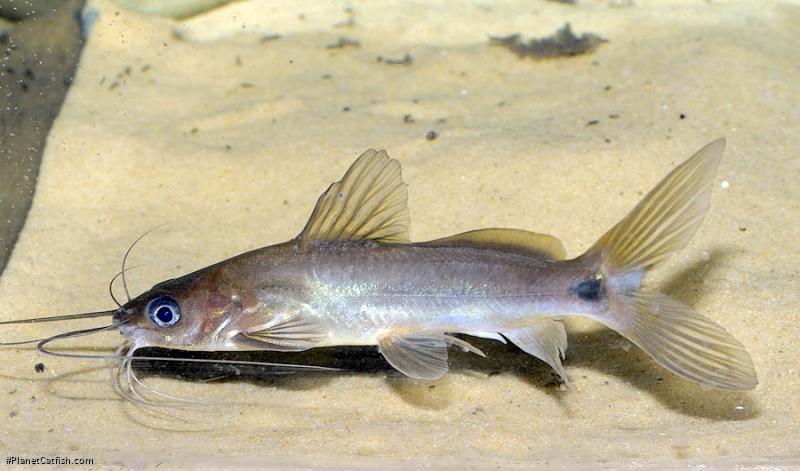 This month sees another first, the scientist who described a species of catfish then writes it up for a catfish of the month article! Something of a coup even though the ichthyologist in question is already a regular CotM contributor, Heok hee Ng. Here's what he has to say about this species.

It is perhaps reflective of the state of our knowledge of catfish diversity that one of the stalwarts in the aquarium industry, the pearl catfish, has remained misidentified until very recently. When it first appeared in the aquarium trade, the pearl catfish was identified as Mystus armatus, an Indian species, although it really comes from Southeast Asia. In any case, M. armatus is a species seldom imported in the aquarium trade and possesses a thin, dark band running along the length of the body that the pearl catfish lacks. Since then, several different names have been applied to it, most notably M. micracanthus and (more recently) M. nigriceps. Both these names refer to a species very similar-looking to the pearl catfish, but is more slender-bodied and has a more greenish-gray color. The identity of this catfish was finally established in 2002, when it was found to represent an undescribed species and described as M. castaneus. 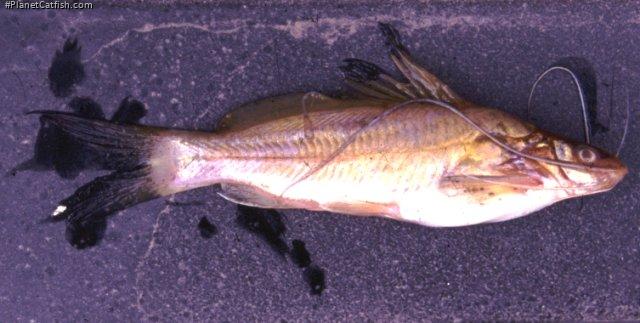 One of the few species of sociable Mystus, the pearl catfish does well in small groups of 4–6 individuals. Their inquisitive, bold nature (they can be seen constantly probing around the tank with their long barbels) gives them an appeal that their color does not provide. Like many bagrids, they are not fussy feeders, and will lustily feed on a wide variety of foods. Because they do not grow to large sizes, pearl catfishes are generally safe with most fishes in a community tank (which is not to say they can be trusted with small fishes like neon tetras).

The pearl catfish is also one of the very few bagrid catfishes that have been bred in the aquarium (although the reports date back to the 1980s and no new reports have been forthcoming since; Garside, 1985), although almost all of the fishes encountered in the trade are still wild-caught.

Bagrid catfishes are do not generally behave well in community tanks, but the pearl catfish is one of the few exceptions. Although a rather drab fish by most standards, the pearl catfish makes up for its lack of color with its engaging personality. Add all of these and throw in its fairly wide tolerance of water conditions, and you can see why they remain popular to this day.