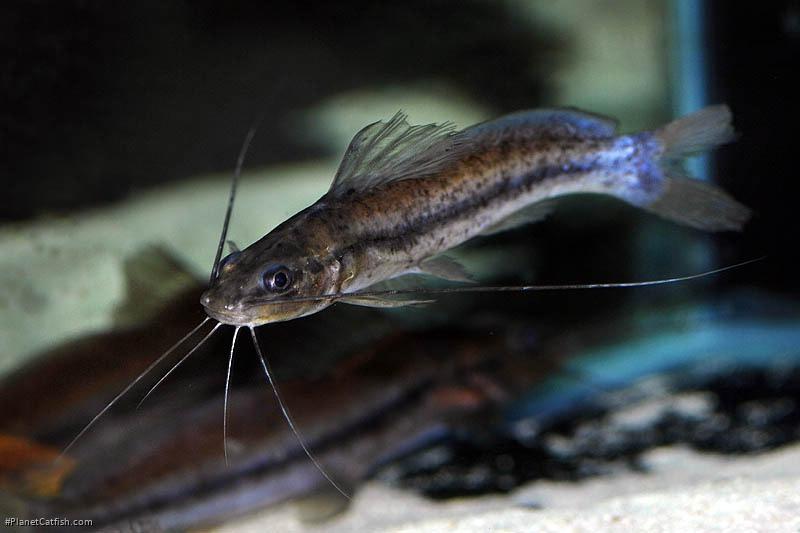 In the catfish world, almost every continent has had its tough kid on the block. These are catfish that are extremely tolerant of a wide range of water conditions and very often end up being the first catfish for many beginning hobbyists. Once kept, who can forget their common pleco (Pterygoplichthys pardalis) of South America, the walking catfishes (Clarias spp.) of Africa and Asia and the bullheads (Ameiurus spp.) of North America? The subject of this month's article is another toughie, but one that hails from Central America, not a geographic region that one usually associates with high catfish diversity.

It's not quite correct to say that Rhamdia is a strictly Central American catfish. Rhamdia quelen is actually one of the most widespread of all South American catfish species, being recorded all the way from southern Mexico to central Argentina. However, it is one the most ubiquitous freshwater catfish found in Central America, hence its association with that region. And where does the tough fit in all of this? Well, this species has been found in a wide variety of habitat types, from extremely acidic blackwaters to the alkaline, hard waters in cenotes (sinkholes). On a personal level, I had two individuals in a tank with a decent layer of fine sand as substrate. The sand eventually developed sizable anaerobic pockets, which led to water suffused with a sizable amount of hydrogen sulfide. The situation persisted for several months, and it was more a testament of the catfishes' constitution than any fishkeeping skills on my part that the catfishes thrived and actually grew in water that constantly reeked of rotten eggs. The smell eventually got to me, and I ended up rehousing the fish in more pleasant conditions.

Like many similar looking catfish of its size, the silver catfish is an aggressive, robust species that will eat anything it can swallow comfortably (the upside to this is that it makes for easy feeding). Conspecifics are territorial and if housed without adequate planning for territories, the losing individual will sport bitten-off barbels and torn fins in no time. In short, this is a fish that should share a tank only with large, robust fish.

Although widely touted as a candidate for fish culture and numerous culture experiments have also been conducted on the silver catfish (such as optimal culture conditions for fingerlings), it seems that the widespread culture of the silver catfish as a food fish has gotten off to a slow start.