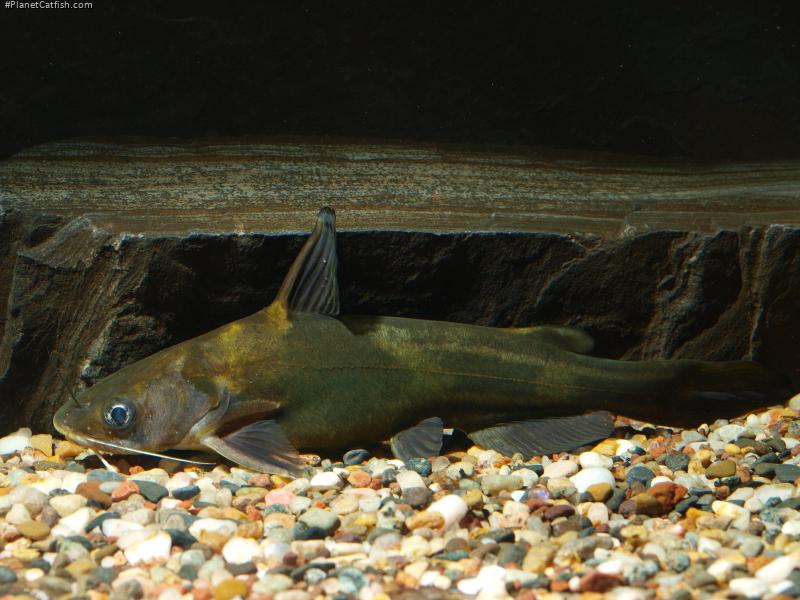 One usually associates temperate catfish with either the North American ictalurids or the Eurasian wels (Silurus). But there are more to temperate catfishes than just these two groups. An often-overlooked group is the east Asian bagrids, some of which (including the subject of this month's article) are found as far north as the frozen wastes of Siberia. This often comes as a surprise to most people, since one usually associate bagrid catfishes with the warmer climes of tropical Asia and Africa. The tawny dragon (this evocative name comes from the specific epithet, which comes from the Latin fulvus, meaning tawny, and draco, meaning dragon) is one such bagrid widespread throughout subtropical and temperate Asia.

Like most bagrids, the tawny dragon is a fairly peaceful species that is not too particular about what it eats. It is tolerant of a wide variety of water conditions, and can even be maintained in a warmer, tropical setup. In short, an ideal community catfish were it not for its size. Although somewhat shy and retiring at times, the tawny dragon can be easily coaxed out of hiding at feeding time on the account of its greed. Like other bagrids, conspecifics tend to be territorial but the size of the tank needed to comfortably house more than one fish usually precludes the possibility of having more than one fish in the tank.

Although fairly common imports in the aquarium trade a few years ago, the tawny dragon is hardly encountered of late. If properly accommodated, the tawny dragon is a welcome addition to the cold water tank and certainly a lot more colourful than its western temperate brethren.

Thanks again to Heok ee Ng for this month's featured catfish and here's hoping its frequency of import does increase in the near future.