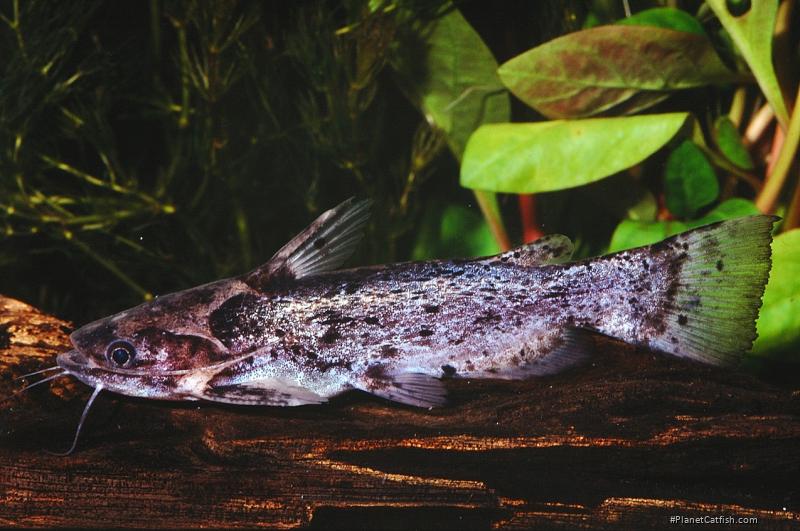 Ugly or beautiful? Opinion is commonly divided between these two poles when aquarists talk about catfish. Often it is the case that the appreciation of a particular catfish comes with the familiarity of keeping one. Take this woodcat, at first (and for some people always) this fish is plain ugly. It has a belligerent, troublesome look with its low slung eyes and thick lower lip. Familiarity however gives us the pleasure of witnessing the fishes enthusiastically boisterous character. In good condition many of these fish exhibit a very pleasant gold and tan colouration. 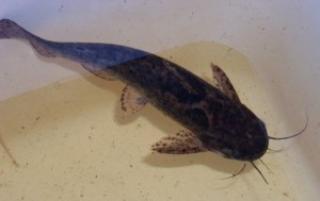 Colouration is key to this fish; it has set out to imitate a piece of wood and certainly succeeds. Youngsters especially are hard to spot and spend most of their time crammed into woody crevices. The pattern and colouration of this fish is very variable. Firstly, amongst individuals as environmental parameters such as water and lighting change. Secondly, in the wild it has a huge distribution range of pretty much most of tropical South America. This gives rise to many regional colour variations and is, in part, to blame for the vast array of synonyms the fish has collected.

This fish is sometimes called the starry woodcat, which comes from one of the darker colour forms which exhibits white Van Gogh-esque "starry night" spots along the top half of it's head and upper back. This is set against a dark grey/brown background colouration. This fish pictured here is more golden brown and the spots are difficult to pick out. This common name also throws it into confusion with a few other woodcats and is not used here.

In the aquarium these fish spend most of their daytime inactive. They quickly become accustomed to your feeding routine and, if you feed at set times each day, will become restless in anticipation. Feeding is when you will see these fish during the day; they become quite fearless when food is on the agenda. The fish occasionally make quiet rodent-like squeaking sounds when perturbed, but this isn't common and, short of removing the fish from the water, only happens when a group of fish are present and a cave dispute breaks out.

Although you don't see these fish during the day, the way to keep them is in numbers. They are relatively easy to sex andmost likely have very interesting reproductive techniques that we know very little about. Growing a group up together is the best way to ensure a pair is present and these fish do seem to enjoy each other's company during their brief periods of activity.