What is a Golden Zebra Plecostomus?

Did you know fantastic help is an anagram of Planet Catfish? This forum is for those of you with pictures of your catfish who are looking for help identifying them. There are many here to help and a firm ID is the first step towards keeping your catfish in the best conditions.
Post Reply
5 posts • Page 1 of 1

What is a Golden Zebra Plecostomus?

Howdy all, been a member here for a while, but I seldom post. A year or so back I took a pleco in trade that was referred to as a "Golden Zebra". I had no idea what that was, but it was an interesting looking plec, at the time very Zebra like, and it would go well in my random pleco tank. So in the tank it goes, at the time about 2.5 cm in length. Today, a year later, he is about 5 cm in length, and looks to be doing well. He enjoys zucchini, brine shrimp, and blood worms, attacking them all with gusto. He gets along reasonably well with his tank mates, a Gold Nugget pleco, a Mustard Spot pleco, a Blue Phantom pleco, a Blue Panaque pleco, and a Long Fin Bushy Nose pleco.

He appears healthy and reasonably happy, but I still have no idea what he is. Can anyone give me an ID that would allow me to read more about him? I have had L104, L162, and L448 before, and don't think he is right for those. I am leaning towards L340 myself, but not sure. Thanks. 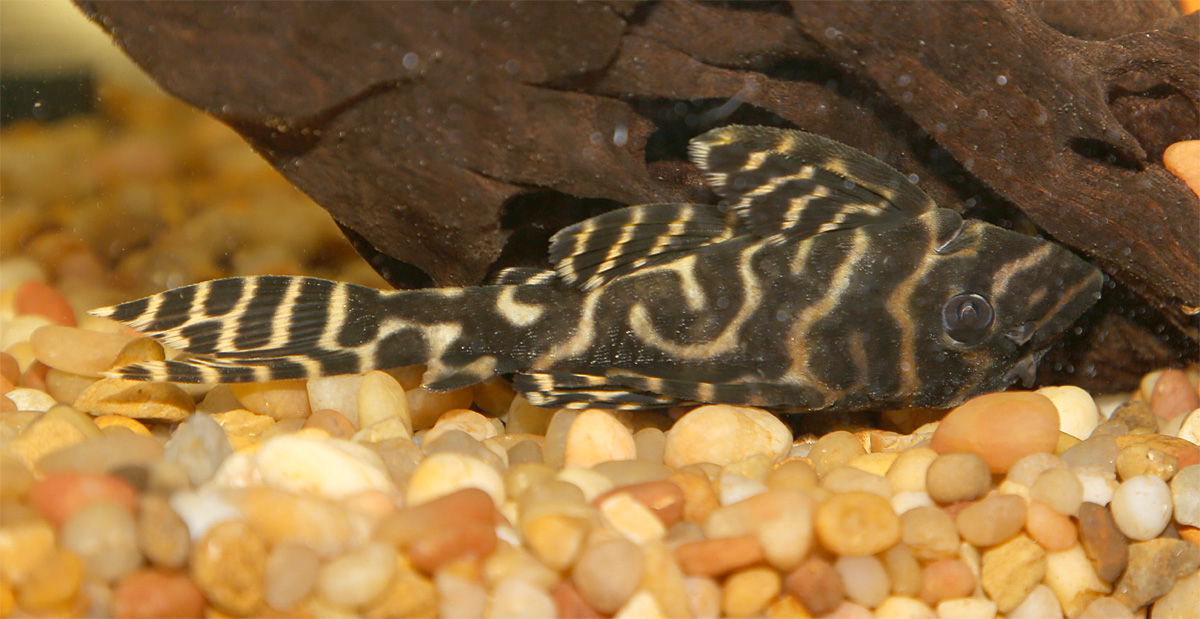 "Golden zebra pleco" is a made-up name, not a commonly one. That said, I have seen the name before although I don't recall the ID of the fish involved. I think L340 is a possibility, but I'm not sure. Hopefully someone else can offer more insight.

Can't say I have ever heard the term "Golden Zebra Pleco" before. But "Columbian Zebra" is a trade name for Hypancistrus debilittera which the fish in the picture appears to be.
Top

Thats a Hypancistrus from Xingu, like L 333 etc., not a debilittera-type.

Interesting. What makes you say that?
Top
Post Reply
5 posts • Page 1 of 1