Even before recent descriptions of new species of Microsyodontis, some confusion existed as to which name to put to the specimens we come across in our hobby. I will attempt here to give you an idea on the correct identifications. In the first draft of this article I was convinced I had my identifications correct, but Heok Hee kindly reviewed my attempts and I was incorrect on at least one of the identifications, so it just shows you why people are confusing the species! Now that his work is published, most of the confusion can be cleared up. 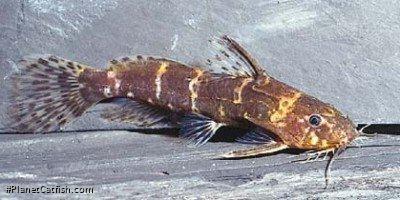 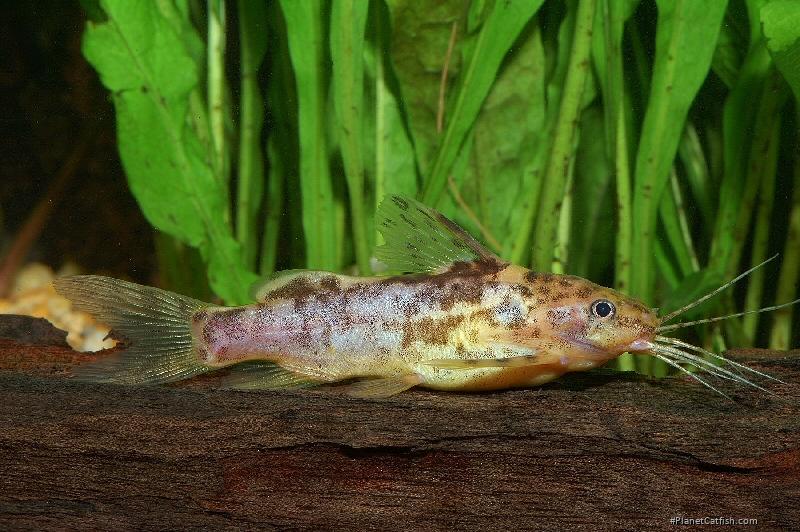 This species name is given to most fish in the hobby. In 1999 I thought I had correctly identified the fish known as 'Nyong Syno' as being the true batesii, because the fish I pictured was supposedly caught in the Nyong River, Cameroon - a locality listed by Boulenger (1911) for batesii.

The type specimens originate from the Mvile River in south Cameroon, but Boulenger (1911) lists additional specimens from Ja River, Bumba River, Nyong River and near Efulen (all Cameroon), and also Gabon, although these identifications may represent two of the new species that will be described.

Heok Hee has identified the true batesii for me (see picture) and says that the 'Nyong Syno' in my 1999 work represents one of the two new species he is describing which both come from the lower Gabon River. He says Microsynodontis sp. 'Gabon' can be identified by its deep body and faintly marmorated pattern. I have no other information on the other undescribed species from the lower Gabon River.

Most literature will give a size of 10 cm Standard Length (minus caudal fin) for batesii but this is due to a misunderstanding of the size given by Boulenger; in my opinion this species should only reach 8.5 cm SL.

This name is used now and again in the hobby but again, incorrectly. If one consults the original description and subsequent scientific work it is apparent that this species has appeared in the hobby but usually under the name of batesii!

Baensch & Fischer (1998) appears to show M. polli on page 357 (incorrectly identified as batesii), although Heok Hee says that the fish in Baensch & Fischer probably originates from the Zaire River near Kinshasa in Democratic republic of the Congo, and at the moment he is not sure if this fish is a separate species from the true polli which originates from the Gbin River, Guinea, which is a considerable distance away. My photograph of polli may also be the Zaire variant. When it was small it had no or only very minute markings on the body. The fish is now approx. 4 cm SL and the markings are more distinct now.

Apart from the differences in markings (polli having very small and indistinct markings), this species can be differentiated from the others by the slender caudal peduncle area (the body area before the caudal fin starts), and the elongated caudal fin.

It comes from Lilanda River, Yangole, Central Congo, and will probably only reach around 5 cm SL (largest type specimen is 3.4 cm SL). I don't think that this fish has appeared in the hobby yet. See picture of one of the type specimens. 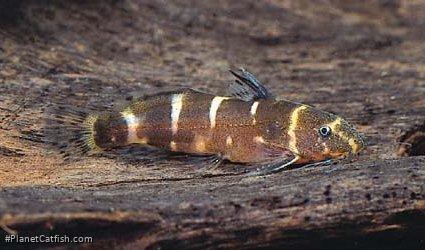 This fish is recently described to science by Heok Hee. It originates from Rio Muni (Equatorial Guinea) and can be distinguished from the others by its very deep body.

This is the species most commonly available in the hobby. It is usually sold as M. batesii or M. polli. Baensch & Fischer show one as M. cf. polli. The identity of this fish is uncertain at the moment but I originally thought it represented M. lamberti. It should reach approx. 5 cm SL.

I would like to thank Heok Hee for his time and assistance with this article and permission to use the image of M. sp. 'Rio Muni'; Erwin Schraml, Ingo Seidel, D. M. A. Wright and Aqualog for the use of their photographs.