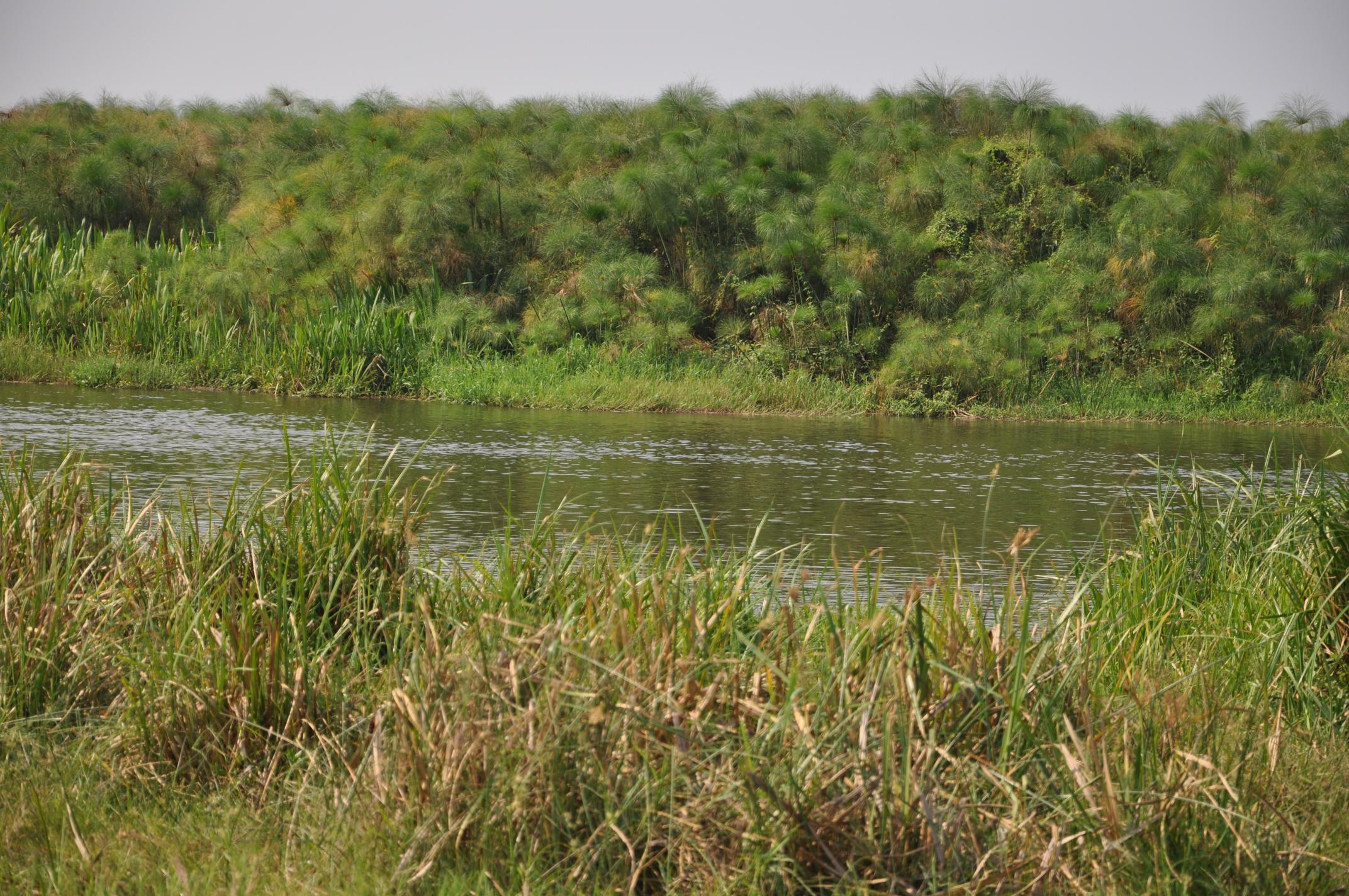 The papyrus swamp at large
One aquatic habitat that immediately stood out to me as I began exploring Uganda was its vast papyrus swamps. In fact, no less than thirteen percent of Uganda's territory is covered by them. Add to that statistic the fact that twenty five percent of Uganda's territory consists of freshwater and you have some idea as to why Uganda is a fish aficionado's paradise.

Papyrus swamps can range from a few hundred square feet to hundreds of square miles in size. Although there are other aquatic and emeresed plants (Emersed plants are aquatic plants rooted in sediments with leaves and/or stems protruding above the water's surface), Cyperus papyrus (papyrus sedge or paper reed), dominates. Papyrus is a tall leafless aquatic plant that can grow to sixteen feet high. It forms a clump of dense woody stocks with each stalk capped by what appears to be an “explosion” of short light green stems. While it has many uses to mankind, the most famous being for the making of ancient paper by the Egyptians, its primary use in Uganda is for making mats. The stalks are harvested near the base and the stems removed from the top resulting in a stiff perfectly straight “branch” up to 16 feet long. These are then laid flat and tied together to produce large mats that can make walls, a floor, or even the base of a roof. It can survive temperatures from 68°F to 86°F and grow in waters with a pH ranging from 6 to 8.5.

The water in a papyrus swamp, as I can state from experience, can be deceptively deep. Near the edges of the swamp it may only be a few inches deep. Further in the swamp, and with one wrong step, a collector can find themselves in water actually over their head! Mixed with the papyrus are a slew of other aquatic plants: submersed, floating, and emersed. Especially prevelant are species of Nymphaea better known in the hobby as African water lilies and often water lettuce. Papyrus swamps also teem with birdlife and are usually the first stop for birdwatchers trekking in Uganda. At least one mammal, the sitatunga antelope or marshbuck, is a strong swimmer and has adapted to a secretive life within the papyrus swamps. 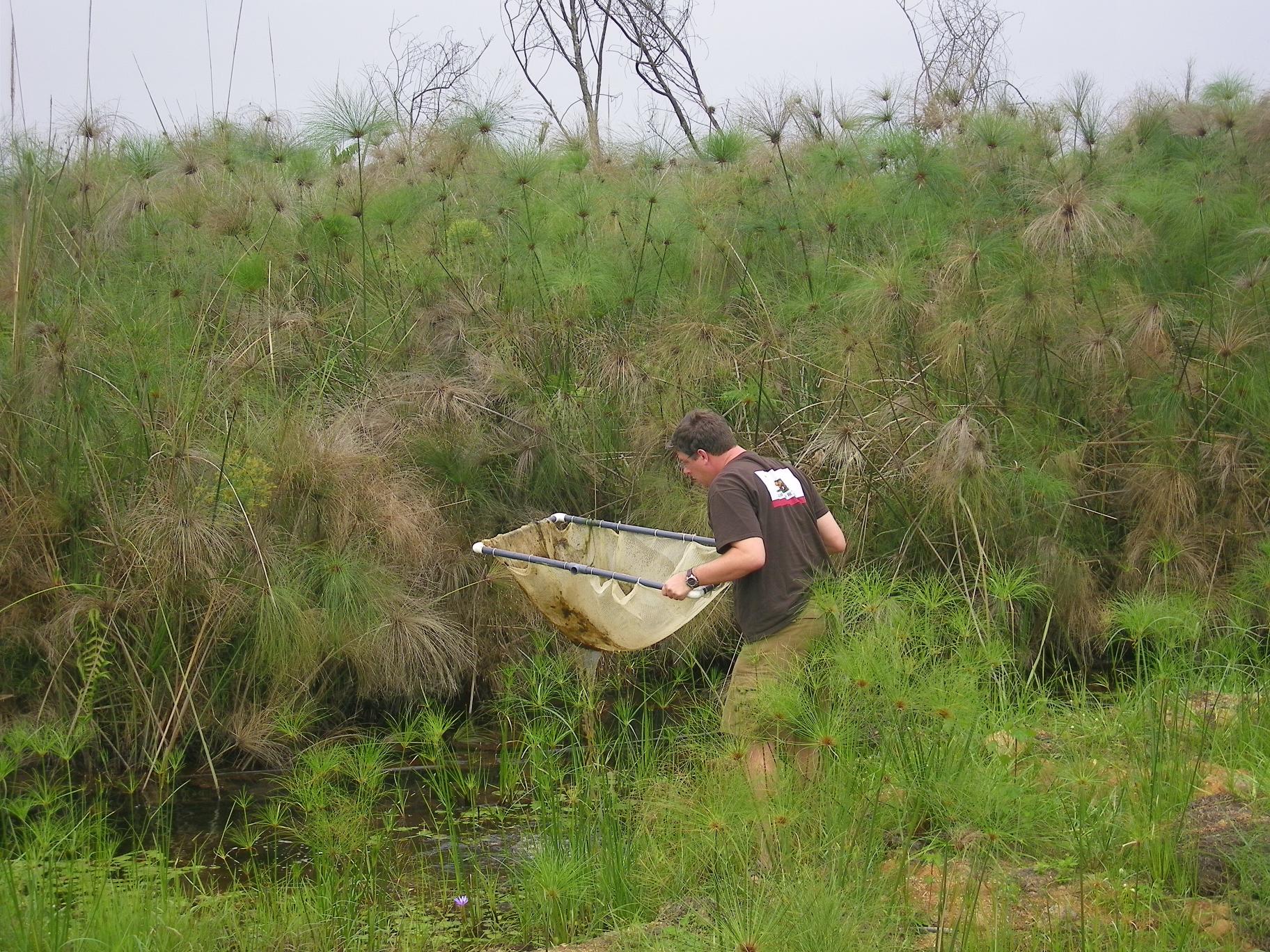 Although it can very, the water in papyrus swamps is typically soft and acidic. It is usually stained the colour of tea, but I have seen areas where the water was stained very dark. Outflow from these swamps is usually weak and the water stays in contact with massive amounts of rotting vegetation for a long time. The exception is, of course, where the papyrus swamp is part of a river delta, such as where the Victorian Nile meets Lake Albert below Murchison Falls. In these areas the water chemistry is determined by the river itself and so it is neutral to slightly alkaline with a moderate hardness.

A wonderful number of fishes can be found in Uganda's papyrus swamps from a broad range of families. The below offers an incomplete, but substantial selection: 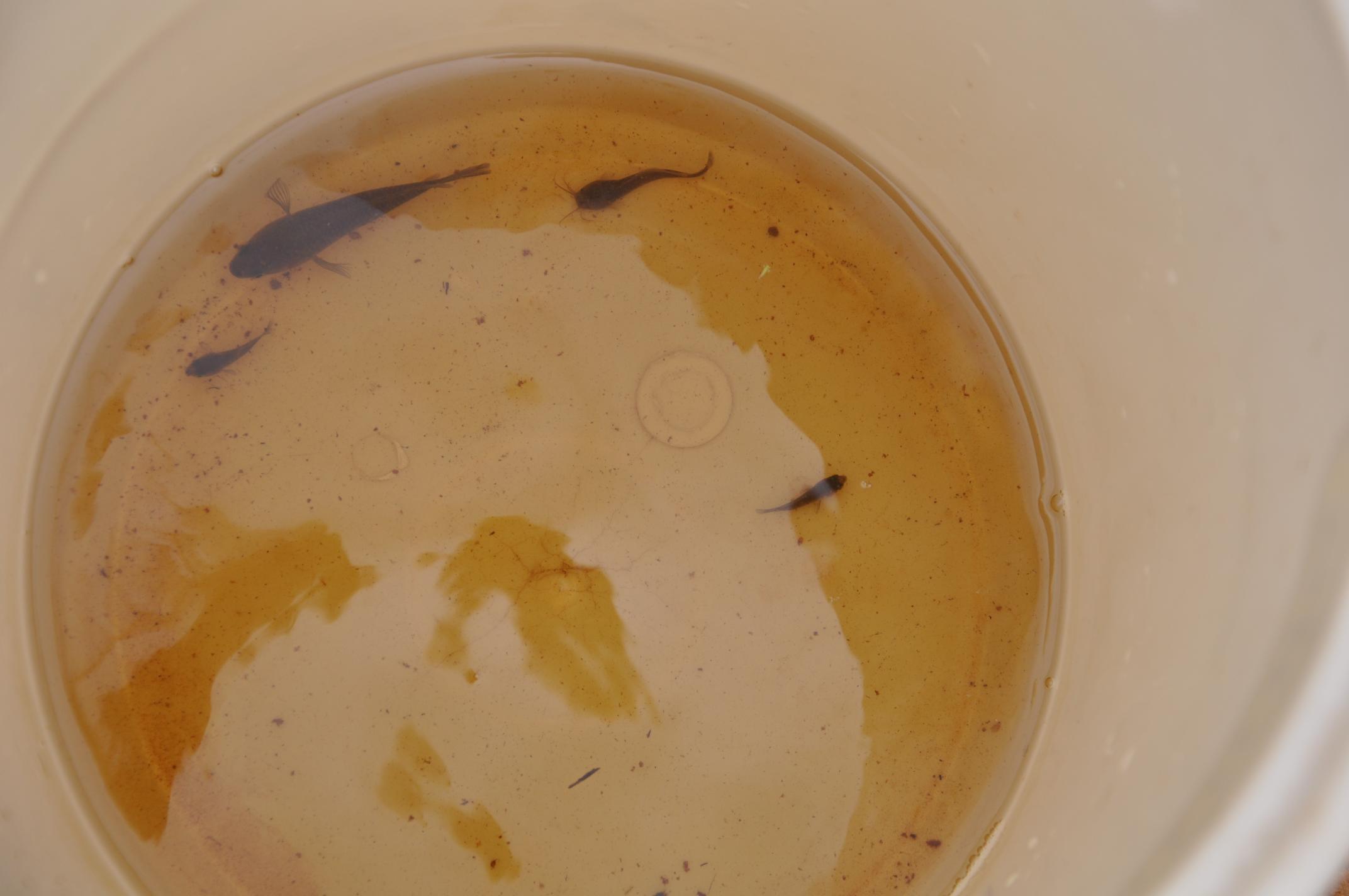 The papyrus swamp at home
Recreating a true Ugandan papyrus swamp in the home aquarium is probably not realistic as papyrus simply grows too large. Luckily, there are numerous very similar emersed plants that we can substitute. In fact there is even a dwarf form of papyrun sold as a pond plant that only reaches thirty inches high. I have also experimented with dwarf umbrella palm with very good results. This same, or a very similar plant, is also found in and around papyrus swamps. It only grows to a height of twentyfour inches.
Clearly such a set up would have to be an open top design with the lighting system hanging over the tank. The emersed plants would also benefit from some indirect sunlight like all house plants. The emersed plants could be directly planted in a deep substrate, but I would recommend “planting” them in a natural colored pot that could be hidden by the tank's décor. The tank would then be filled out with Nymphaea and various floating plants like water lettuce.
A small system set up in this manner would make a wonderful home for Ctenopoma, lampeyes, killies, and small barbs. A larger system could incorporate catfishes, cichlids, larger barbs, eels, and haplochromine cichlids. Lighter sand would most accurately reflect a rivirine papyrus swamp while dark sand could replicate the clay/mud substrate common in actual swamps. The water should be slightly acidic and fairly soft although all the above fishes found in papyrus swamps are very adapatble. The temperature should be between 74F and 78F. On the warmer side of this range if killies are the main focus. 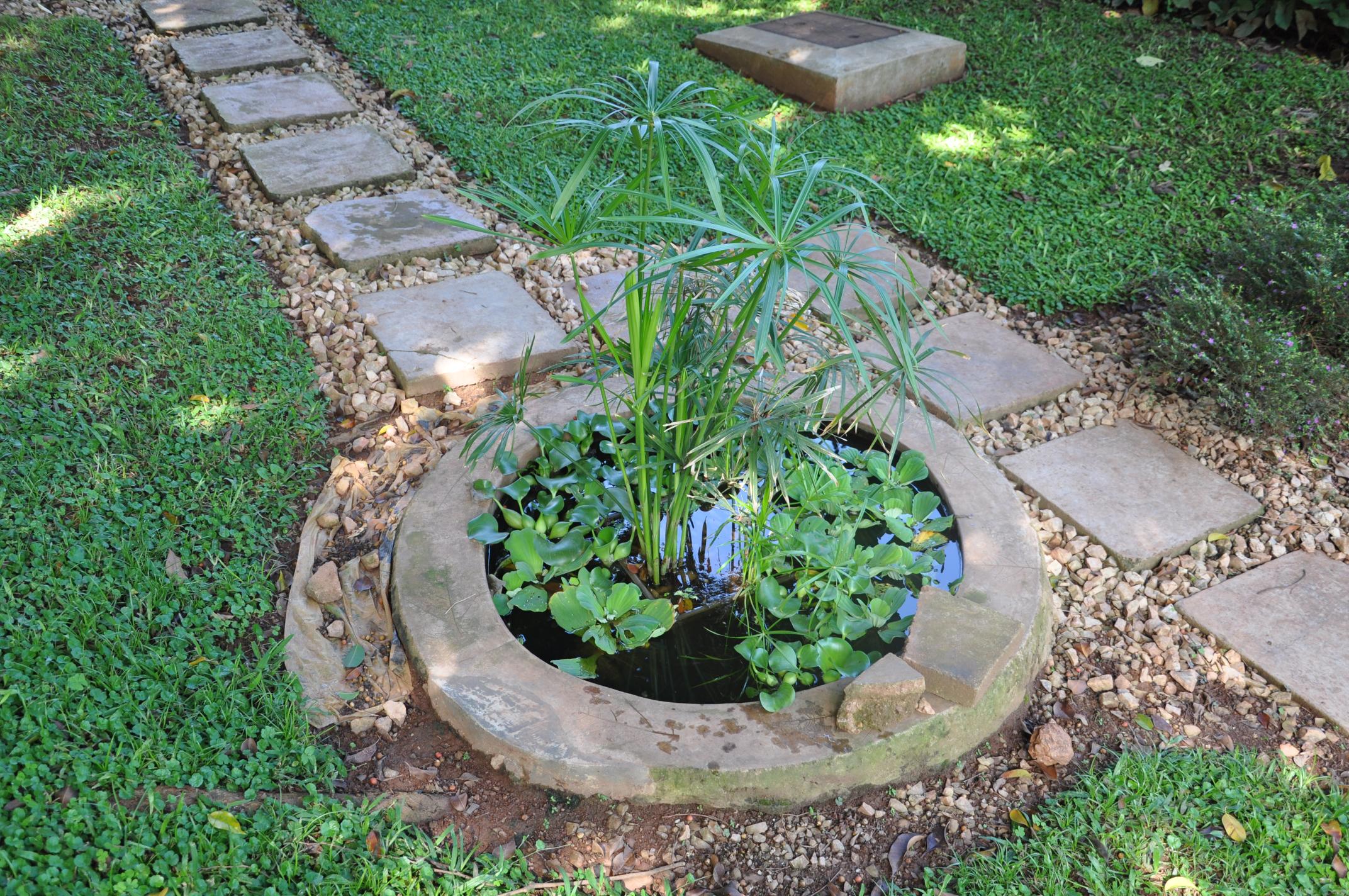 Due to limited growing on space at the time, I eventually stopped the spawning by moving the fish into another tank which had a higher temperature, and a neutral pH, and that contained various other fish. The eggs hatched some 36 hours later, and after a further day and with their yolk sac no longer evident I moved them from the hatching trays into a small 3 gallon (UK) growing on tank, and fed the fry on a diet of liquid fry food and micro worms, after five days I stopped feeding the liquid fry food and fed the fry micro worms fine flake powder in the morning and newly hatched brine shrimp every evening, carrying out a 10% water change on the fry tank, using aged water that had the same pH and temperature of that of the fry tank, daily each morning, this continued for two weeks and as the fry were growing rapidly they were moved into a larger "growing-on" tank.