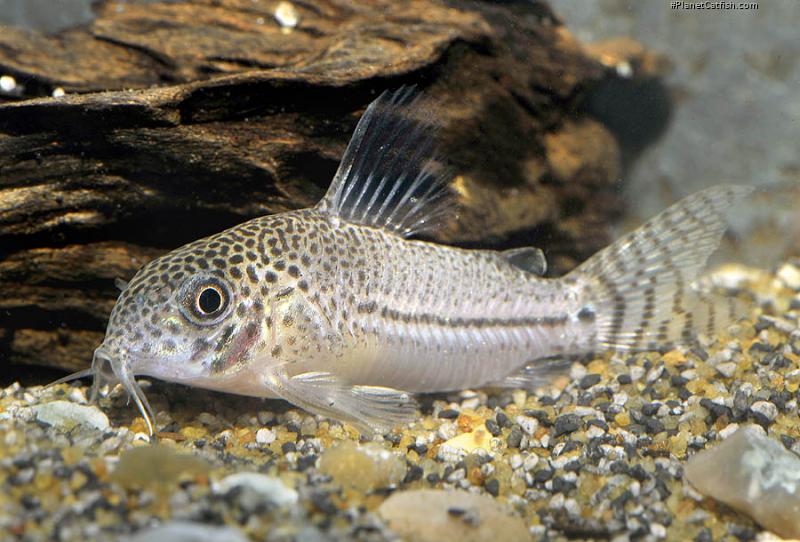 The classic British pantomime has several mandatory elements: garish costumes, guest celebrities, slapstick comedy and cross-dressing actors to name a few. The majority of the audience know the plot. It also has, perhaps as its most memorable feature, audience participation. Chief amongst these is the "Oh, yes it is!" and "Oh, no it isn't!" device. This, thankfully more the other features of pantomime, is a phrase we often read and hear when discussing the identification of Corydoras catfish.

When discussing the "true" identification of a particular species online, discussion can indeed quickly drop in to pure Pantomime. Protagonists often forget to include why they have a particular viewpoint and little is achieved or agreed. This is usually because you have someone who's made the point countless times before over a decade or two, because the majority of the audience knows the plot and because at least one person does not. The experienced respondent eventually tires of repeating the story, the poor newbie is bewildered why their question is met with, at best, diffidence.

I suspect history will record that this will be the curse of micro blogging. That seemingly infinite iteration of common questions drives the helpfulness out of the helpful and misinformation will rule because the knowledgeable will have long worn out their keyboards. This is why persistent sites, like PlanetCatfish, are important. While it would be arrogant to claim one source of the truth, it can at least present a consistent and reasoned view. And a view that you and your search engine of choice can find a week, month or decade after it was established.

This is perhaps the longest intro to a catfish of the month to date, but it is relevant because despite a lot of good work and improvement, you can still see the name Corydoras julii attached to fish for sale. The chances are this is incorrect. However, we all have a different view of what "the chances are" means. I don't mean one in a hundred. I mean, in a lifetime of looking at catfishes, then only seeing this fish three times for sale and one of those was in Brazil, the fishes country of origin. Not because they are rare, but because trade routes, fish collectors and other economic forces just mean that that C. julii is not collected, exported and thus kept very often at all. And, it is hard to be sure.

The fish labelled as C. julii is always C. trilineatus. Virtually always. Some folks buy lottery tickets thinking they've got a chance of winning, of course they have a chance. But it is infinitesimal. The same goes for C. julii. Except that if you win the lottery, you will have a lot of money. If you have C. julii then you have a cory with more or less the same financial value as C. trilineatus. Those seeking the cool, have hit the jackpot. By most other measures, there is little gain. 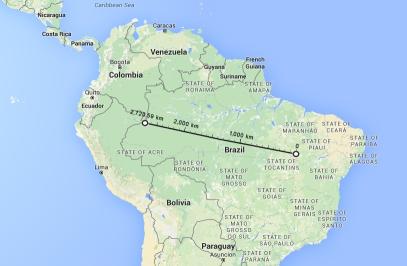 Although visually similar, the source areas of the two species are approximately 2720 km or 1690 miles apart and differ in being the upper Amazon main channel towards the west (C. trilineatus) and the C. julii, the Brazilian lowland species found to the east of the continent.

Corydoras julii was described in 1906. It first appeared in aquarium hobby literature in the 60's which is where the problem appears to have started. Between then and now the situation has improved. Twenty years ago, you always saw these fishes mislabelled. Now, it only happens some of the time depending on the country where they are found for sale in the main.

We should not be surprised. Corys that look quite a lot like Corydoras elegans are widespread in the northern half of the continent, C. paleatus has several similar relatives in the south. Corydoras aeneus, as we traditionally know it, is everywhere. Corydoras trilineatus is exported from the upper Amazon, export routes out of Peruvian Iquitos and Colombian Leticia supply the global aquarium trade. It is from eastern Brazil, specifically a creek that flows into the Rio Parnaíba south of the town of Alto Parnaíba, that we see Corydoras julii. The creek was unnamed in the description but because of the co-ordinates given therein, I think it is called the Brejo Chapda.

C. julii is, otherwise a classic round-headed Cory that is easy to keep. Perhaps it should be kept a touch warmer than congeners but it does not require the warm water of, for example, a classic discus aquarium. It has been bred in the aquarium and in terms of husbandry is without exception, a regular Cory.